SAN JUAN, Puerto Rico–(HISPANIC PR WIRE – BUSINESS WIRE)–July 23, 2003–With construction of its new Convention Center charging full speed ahead, Puerto Rico has been selected as the official host for the 28th Annual National Convention and Business Expo for the United States Hispanic Chamber of Commerce (USHCC) in September 2007. The event is expected to attract more than 6,000 attendees, 200 exhibitors and a two-day Business Expo during a four-day conference at the new Convention Center in San Juan.

The Puerto Rico Convention Bureau successfully defeated its formidable competitors in Orlando, Fla.; Memphis and Nashville, Tenn. in winning the USHCC convention business, which has an estimated economic impact to Puerto Rico of approximately $5 million. The Caribe Hilton was chosen as the headquarter hotel with a preliminary count of 2,200 room nights to be booked for the convention.

“We are beaming with great pride over this enormous honor to have the opportunity to welcome the USHCC convention delegates to the meetings hub of the Americas and to the new Puerto Rico Convention Center opening in 2005,” said Jorge Pesquera, executive director of the Puerto Rico Convention Bureau, official sales and marketing agent for the new Convention Center. “Being awarded this business is the culmination of a seven-year sales and marketing drive to showcase Puerto Rico to the USHCC as the most authentically Hispanic destination under the U.S. flag and as a premier meetings destination.”

According to Pesquera, the Puerto Rico Convention Bureau team took a very focused approach with the USHCC, participating actively in their annual conventions and conferences and communicating to the organization’s member base that in Puerto Rico they could conduct business in their native language in familiar surroundings and have access to financiers, attorneys, engineers, marketing experts and communications specialists, each of whom are American citizens thoroughly acquainted with U.S. business practices. A very attractive set of attributes also were presented, including Puerto Rico’s excellent access from any major U.S. city, state-of-the-art technology, overwhelming community support and strong international appeal.

USHCC President and CEO George Herrera was very clear about the reasons for choosing Puerto Rico as the convention site. “The destination, the Puerto Rico Convention Bureau and the new Convention Center all demonstrate an enormous level of credibility, infrastructure, internationalism, passion and, of course, a core for Hispanic roots,” he said.

The 580,000-square-foot Puerto Rico Convention Center will open its doors in 2005 in San Juan’s Isla Grande area. The state-of-the-art facility will feature a 152,700-square-foot exhibition hall, the largest ballroom in the Caribbean (at 39,500 square feet) and 36,200 square feet of meeting rooms. By the time the USHCC delegates arrive in 2007, the 113-acre Puerto Rico Convention District will be emerging as a bustling community of shops, restaurants, movie theatres, offices and residences that are part of the district’s master plan.

High-resolution images of the Puerto Rico Convention Center architectural renderings and models are available upon request. For images or more information: 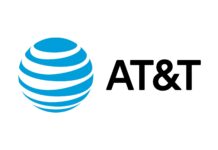 What Will You Find Abroad When You’re Not Looking for Wi-Fi? Travel Unlimited with AT&T International Day Pass 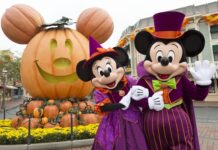 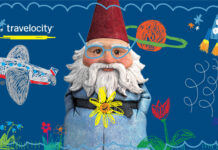 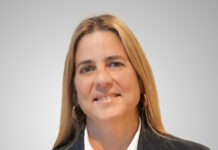 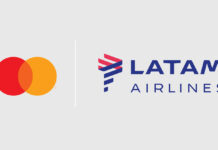