WASHINGTON–(HISPANIC PR WIRE – BUSINESS WIRE)–Nov. 21, 2002–The Council for Advancement and Support of Education (CASE) and the Carnegie Foundation for the Advancement of Teaching named four college and university professors as winners of the 2002 U.S. Professors of the Year Award, for their dedication to teaching, commitment to students, and creative approach to education.

The four national winners, selected from more than 400 nominations, are:

The U.S. Professors of the Year Awards, created in 1981, are the only national honors for excellent teaching in higher education.

“We are pleased to honor these distinguished professors who have demonstrated a passion for teaching, a dedication to student learning, and a commitment to an examination of their teaching practice,” said Carnegie Foundation President Lee S. Shulman. “These extraordinary teachers are shaping the lives of tomorrow’s leaders and scholars everyday in their classrooms.”

Vance T. Peterson, president of CASE, said, “The Professors of the Year bring tremendous energy and passion to everything they do because of their genuine love for students, teaching, and their disciplines.”

The Carnegie Foundation performed the final judging, which awarded a $5,000 prize to each of the four national winners. Carnegie also selected 46 state-level winners.

The Professors of the Year were honored at a luncheon at the National Press Club.

Jimenez is the Fay Boyle Professor in the Department of Modern Languages and Literatures at Santa Clara University, and director of the University’s Ethnic Studies Program. He has taught at SCU since 1973, and much of his teaching and writing have been framed by his experiences as the child of Mexican migrant farm workers.

Jimenez received his undergraduate degree from Santa Clara University in 1966 and a Master’s and Ph.D. in Latin American literature from Columbia University under a Woodrow Wilson Fellowship. His three sons graduated from SCU.

Jimenez was born in Guadalajara, Mexico, and attended schools in Santa Maria, Calif. He is the author of two award-winning books: The Circuit: Stories from the Life of a Migrant Child (1997), and Breaking Through (2001). Jimenez’s courses include Advanced Spanish Conversation, in which students participate in non-profit agencies

More about the other winners:

James Adams, Outstanding Baccalaureate College Professor of the Year, is professor of art at Manchester College in North Manchester, Ind. During 42 years at Manchester, he has taught in the Art, English, Music, and Spanish departments, conducts student tours to Mayan sites and is also a practicing painter and photographer who has exhibited throughout the United States and in England, Mexico, and Spain. The George Washington University graduate also volunteers as a Spanish translator.

Dennis Jacobs, Outstanding Research and Doctoral University Professor of the Year, is professor of chemistry at the University of Notre Dame in South Bend, Ind. At Notre Dame, he has won several teaching awards and the Presidential Award for dedicated service to the university. The Carnegie Foundation for the Advancement of Teaching named him a Carnegie Scholar in 1999, largely for completely redesigning an important introductory chemistry class. He received undergraduate degrees from the University of California at Irvine in physics and chemistry and a Ph.D. in physical chemistry from Stanford University.

Alicia Juarrero, Outstanding Community College Professor of the Year, is professor of philosophy at Prince George’s Community College and has taught at the Largo, Md., institution since 1975. She has taught introductory philosophy as well as courses in ethics, symbolic logic, and philosophy in literature. She also teaches philosophy, literature, and film at a local retirement community and teaches the philosophy in a program that uses a college-level humanities course aimed at people living in poverty. Juarrero earned her undergraduate degree, master’s, and Ph.D. in philosophy at the University of Miami.

About the Carnegie Foundation for the Advancement of Teaching

The Carnegie Foundation for the Advancement of Teaching was founded in 1905 by Andrew Carnegie “to do and perform all things necessary to encourage, uphold and dignify the profession of teaching.”

About the Council for Advancement and Support of Education

The Council for Advancement and Support of Education is the largest international association of education institutions, serving more than 3,200 universities, colleges, schools, and related organizations in 45 countries. CASE is the leading resource for professional development, information, and standards in the fields of education fund raising, communications, and alumni relations. 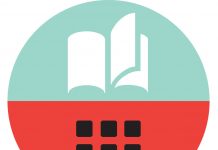 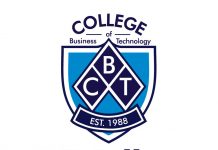