BOSTON, Dec. 14, 2012 /PRNewswire-HISPANIC PR WIRE/ — On December 13, 2012, at Steward St. Elizabeth’s Medical Center, the SAFE-MA (Supporting an Alcohol Ad-Free Environment in Massachusetts) collaborative sponsored a celebration to honor Secretary of Transportation Richard Davey, former Governor Michael Dukakis and his wife Kitty, and the Allston-Brighton Substance Abuse Task Force (ABSATF) youth coalition for their roles in banning alcohol advertisements from the MBTA. Davey was given an award for his leadership while the Dukakis’ and the youth coalition were awarded for their advocacy.

The SAFE-MA collaborative worked for years to ban alcohol advertisements from the MBTA because many youth frequently use the MBTA to travel, including to travel to school, and because of mounting evidence that exposure to alcohol advertisements increase the risk of alcohol use at younger ages and encourages frequent and heavy use among youth. The ABSATF youth coalition partnered with SAFE-MA to work toward the ban, which took effect on July 01, 2012.

“In these times of shrinking government budgets, it is no small task to change a public policy which impacts public revenue,” stated Michael Scippa, Director of Public Affairs for Alcohol Justice. “We are proud and privileged to work with SAFE-MA and everyone else who supports efforts to reduce youth exposure to alcohol ads.”

John Polanowicz, president of St. Elizabeth’s Medical Center and newly appointed Secretary of Health and Human Services, was on hand to welcome attendees and awardees and to acknowledge the importance of this ban.

“For many youth, the T is their school bus. They were being bombarded with alcohol advertisements everyday on their way to school,” he said.

After accepting the leadership award from Yasmari Estrada, a youth coalition member, Davey spoke on his reason for agreeing with the ban proponents.

“I got lots of boring medical information, but what convinced me was you guys [youth],” he said. “So if you think you can’t make a difference, that you can’t change policy, you’re wrong. You did.”

Before handing Davey the award, Estrada spoke about when she and her youth coalition peers first met with Davey to advocate for the ban, admitting that as a teenager she was intimidated about speaking to someone in a position such as Davey’s.

“I didn’t want to mess this up,” Estrada recalled. “But then Mr. Davey nodded his head and said he agreed with what we were saying. I was relieved, and I felt proud of us.”

The Dukakis’ strongly advocated for an alcohol advertising ban on the MBTA, which they frequently rely on for transportation. “As long-time supporters of an alcohol ad ban on the MBTA, they shared their ideas about who we should speak to, what other steps we could take and lent their support by personally reaching out to the MBTA and Governor Patrick,” said Elizabeth Parsons, a co-chair of SAFE-MA, before presenting the Dukakis’ with an award.

The alcohol ad ban is a meaningful policy for the youth who advocated for the ban.

Estrada said, “I thank Richard Davey for helping us accomplish something very important.” 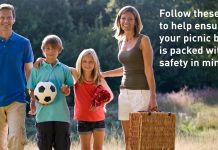 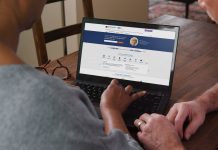 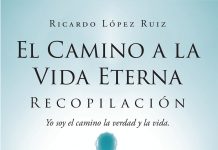