“Southwest Airlines promises to bring low fares, great Customer Service, a strong commitment to the community, and of course, no Hidden Fees to the great folks of Minnesota,” said Kelly. “Serving Minneapolis/St. Paul has been on our wishlist for quite some time, and it’s a proud day for Southwest Airlines to finally begin flying to the Twin Cities.”

Southwest Airlines celebrates the opening of its Minneapolis/St. Paul service today with eight daily nonstop flights to Chicago Midway, with additional direct or connecting service to 57 destinations, including: San Francisco, Denver, and Philadelphia. Southwest will operate from two gates in the convenient Humphrey Terminal.

Southwest Airlines is offering fares as low as $49 one-way between Minneapolis/St. Paul and Chicago Midway, not including fees and taxes, for travel every day except Fridays and Sundays. These fares are available on southwest.com only and require 14-day advance purchase for travel by May 20, 2009 (see Fare Rules below).

“The arrival of Southwest Airlines into Minnesota is a welcome boost to the state’s economy during a very trying time,” said Governor Pawlenty. “Southwest Airlines promises to bring more flight options and competition to MSP, which is good news for our entire state and our residents.”

“For years, Southwest Airlines service to the Twin Cities has been only a hope and a goal that we continually sought to fulfill,” said Chairman Lanners. “Now, I am pleased to say it is a reality. Southwest’s ticket counters are staffed, its planes are on the ramp, and we look forward to a successful long-term relationship that benefits the airline, the airport, and the community.”

“From a national political convention to the U.S. Figure Skating Championships to our world-renowned theater and arts, St. Paul welcomes visitors from around the nation throughout the year,” said St. Paul Mayor Chris Coleman. “Southwest Airlines will give more options to those visiting the Most Livable City in America and bring more money, more jobs, and more visitors to our great community.”

This morning’s press conference capped a weekend full of festivities celebrating the inaugural flights (Southwest officially launched service on Sunday, March 8). Dallas-based Southwest Airlines kicked the weekend off by bringing in approximately 2,300 pounds – more than a ton – of canned chili to donate to the Second Harvest Heartland Food Bank in recognition of Minnesota Food Share Month. Southwest Airlines also partnered with Cub Foods at ten local grocery stores on Sunday, offering shoppers a chance to win two roundtrip tickets in exchange for purchasing a $5 or $10 prepared food bag to be donated to the Second Harvest Heartland. The airline recognized the very first Customers onboard both Sunday and Monday’s flights by giving away free coffee, cookies, newspapers, computer jumpdrives, and laptop sleeves at the gate. To see more about the festivities, visit Southwest’s blog at: www.blogsouthwest.com.

After nearly 38 years of service, Southwest Airlines continues to differentiate itself from other low fare carriers-offering a reliable product with exemplary Customer Service. Southwest Airlines is the most productive airline in the sky and offers Customers a comfortable traveling experience. Southwest recently updated its gate areas and improved its boarding procedure to make flying Southwest convenient and simple. Southwest Airlines (NYSE: LUV) currently serves 65 cities in 33 states (Boston Logan service begins Fall 2009). Based in Dallas, Southwest currently operates more than 3,200 flights a day and has more than 35,000 Employees systemwide.

Fares are only available on www.southwest.com. Southwest Airlines sale fares are available with a 14-day advance purchase now through March 12, 2009, and travel must take place between now and May 20, 2009. Fares do not include a federal segment tax of $3.60 per takeoff and landing. Fares do not include airport-assessed passenger facility charges (PFC) of $4.50 and U.S. government-imposed September 11th Security Fee of $2.50 one-way. Seats are limited. Fares may vary by day of travel and will not be available on some flights that operate during very busy travel times and holiday periods. Fares are available for one-way travel. Fares may be combined with other eligible fares. Fares are not combinable with Senior Fares. When combining fares, all rules and restrictions apply. Fares are nonrefundable but may be applied toward future travel on Southwest Airlines. Fares are not available through the Group Desk. Any change in the itinerary may result in an increase in fare. Standby travel requires an upgrade to the Anytime fare. Fares are subject to change until ticketed. Fares are valid on published, scheduled service only. 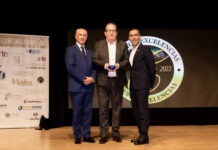 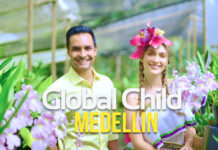