According to the official numbers released by the U.S. Small Business Administration earlier this week, the bank funded more than twice the volume of loans than any of the approximately 62 other lenders included on the SBA’s official list. The bank also made more loans to women-owned businesses than any other lender, a distinction it has enjoyed for several years.

The bank noted that this is the third consecutive year that it has been among the top SBA lenders in the County.

In the five years since it began business, the bank has received numerous awards for its commitment to SBA lending. At various times, the bank has been designated the largest SBA lender to minority owned and women-owned businesses and has received the “emerging” lender award from the local CDC. Additionally, it was the recipient of a Congressional award from former Congressman Ron Packard’s office for its excellence in small business lending.

Last year, Southwest Community Bank expanded its Preferred Lender status to Orange, Riverside and San Bernardino Counties in anticipation of its branch expansion into those markets. In September, the bank opened its first full service facility outside San Diego County in Murrieta, and it announced that it has filed for a branch in Anaheim.

Southwest Community Bank is a San Diego County headquartered, full service bank with branches in Carlsbad, Encinitas, San Diego, Escondido, El Cajon, and Murrieta, Calif. It is also the majority owner of Financial Data Solutions Inc., a data service provider to over 40 other California financial institutions. The bank’s stock is traded on the OTC Bulletin Board under the symbol “SWCT.” For more information, visit our Web site at http://www.swcbank.com.

For information on the company or to obtain the company’s quarterly financial supplement, e-mail your request to john@swcbank.com or call John Jeffries, vice president & controller- finance at 760/918-2638. Include your phone, facsimile and mailing address. 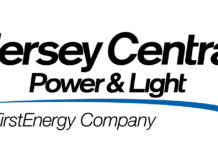