Súbete A Mi Moto, Basada En La Historia Del Grupo Menudo undertook a challenge that required important production efforts to reproduce the ambiance of the band’s years and the audience. The series, directed by Javier Solar, employed choreographers, musicians and wardrobe experts to obtain the visual aspects for the episodes and the band’s performances. The soundtrack includes more than 30 hit songs from the band and the casting was an elaborate process to identify youngsters with the necessary artistic talent (who then had to receive acting coaching for each character). Many scenes were filmed in public locations with live audiences.

Menudo was the birthplace of talents such as Ricky Martin, Draco Rosa and others. The concept, created by Edgardo Diaz, maintained its validity by rotating members when they reached a certain age. The series is based on testimonies from Edgardo Díaz, Ricardo Meléndez (one of the most important members of the group) and from Jose Luis Vega (the band’s choreographer). Súbete A Mi Moto, Basada En La Historia Del Grupo Menudo consists of 15 episodes, 60 minutes each, and chronicles the “Menudomania” of international audiences, as well as the internal incidents between managers and the band’s members. A talented group of young actors embody the members of the group, including Felipe Albors and Ethan Schwartz (Ricky Martin), Marcelo Otaño and Eugenio Rivera (Ricky Meléndez), Samu Jove (Xavier Serbia), Gustavo Rosas (Sergio Blass), Alejandro Bermúdez (Rene Farrait), Lionel Otero (Johnny Lozada) and Mauro Hernández (Miguel Cancel), among others. Other members of the casting include Yamil Ureña and Braulio Castillo (Edgardo Díaz), Sian Chiong (Joselo Vega), Marisol Calero (Doña Panchi), Josette Vidal (Julieta Torres), and Rocío Verdejo (Renata Torres).

Luis Villanueva, President and CEO of SOMOS Productions (company part of SOMOS Group), stated: “We are very happy with the premiere of this stellar series, which covers the story of a musical phenomenon that had unheard global success in the music business as the first Latin boy band. We have made an effort to reproduce the years’ ambiance, the emotion in the audiences, the talent and the musical and visual appeal of the band. This entertaining series demonstrates exceptional production quality and will surely be enjoyed by a wide audience. The team of partners at SOMOS Productions, Endemol Shine Boomdog and Pinolywood Studios are celebrating a very special moment.”

Alejandro Rincon, CEO, Endemol Shine Boomdog, stated:  “We are all very proud of this series and excited that audiences around the world will now get a chance to enjoy it. There has never been a band like this in Latin music history, a band whose success spans four decades. We thank our partners at SOMOS, Piñolywood and Amazon Prime Video for this amazing collaboration.”

Carlos Nido, President and CEO of Piñolywood Studios, stated: “We are thrilled with the opportunity to produce and present the history of the group in its different incarnations over time, and include the perspectives of the group’s creator,  the member of the band that spend the most time in it and the fans. Menudo opened up the music business for many Puerto Rican artists that have followed. The series will serve as a vehicle for new talent to display their craft to a worldwide audience and will allow followers and fans of the group to enjoy the music that we recreated, reliving their most cherished memories of the famous Menudomanía.”

SOMOS Productions has produced live shows such as The Latin American Music Awards (LAMAS), the Premios Billboard de la Musica Mexicana and the format Todos Somos Héroes for Telemundo. It has also produced telenovelas such as 11-11, En Mi Cuadra Nada Cuadra y Vicky RPM for Nickelodeon and successful biopics such as Hasta Que Te ConocÍ, together with Disney Media Distribution.

In July 2020, Endemol Shine Group was acquired by Banijay, creating the world’s largest international content producer and distributor spanning 22 territories with over 120 production companies and a multi-genre catalogue boasting over 88,000 hours of original standout programming.

About Piñolywood Studios
Piñolywood Studios LLC is a film production studio that has made over 12 films of different genres including Los Domirriqueños, Vico C, La Vida del Filosofo, and Una Boda en Castañer, among others. Puerto Rico is the company’s production base, using its film incentive program to create content that can be exported throughout the world. www.pinolywoodstudios.com. 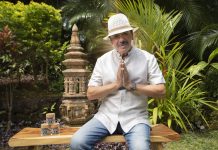