Phoenix, AZ–(HISPANIC PR WIRE)–January 9, 2003–The theme of unrequited love is often repeated, but never more poignantly told than in the saga of Melinda and Andres, the star-crossed lovers of A.R. Gurney’s Broadway hit Love Letters, now transformed into CARTAS DE AMOR, the hit Mexico City production of the Gurney play translated into Spanish. CARTAS DE AMOR, starring Saul Lisazo as Andres and Kate del Castillo as Melinda, opens its U.S. national tour for two days only, January 24 and 25 at the Orphuem Theater (203 W Adams) in Downtown Phoenix, AZ. Tickets to the TEATRO LATINO production are on sale now at the Orpheum Theatre Box Office and all Tickets.com Outlets or on the web at www.teatrolatino.com. Call 602-262-7272 for easy, instant charge.

“For years we have been producing and presenting professional theater for an English speaking audience,” explained Theater League founder and president Mark Edelman. “With TEATRO LATINO, we are developing cultural events for the Spanish speaking audiences in the communities we serve. And we’re starting with a terrific production, getting Saul Lisazo and Kate del Castillo-two of Spanish language television’s most popular actors-to star in this romantic, moving play, CARTAS DE AMOR.”

Starring the popular Argentine actor Lisazo and Mexican star del Castillo, CARTAS DE AMOR traces the relationship between a well to do Mexican artistocrat (Lisazo) and his wealthy yet wild friend Melinda (del Castillo) an artist who lives life to the fullest. The pair meet in their youth, try to let romance take hold and build a relationship throughout their lives via the letters they write to one another. Their love letters survive marriages and break-ups, victories and tragedies, families and loneliness-always friends, always in touch despite the distance and circumstances that separate them.

Saul Lisazo (Andres) was named one of the sexiest men in the world in the November 2000 issue of PEOPLE EN ESPANOL. He is best known for his many starring roles on Televisa-produced Spanish language television, including DERECHO DE NACER (opposite Srta. del Castillo), POR TU AMOR, PRIVILEGIO DE AMAR, and his first big hit, ACAPULCO, CUERPO Y ALMA. He and his wife Monica Viedma have a daughter, Paula. Lisazo begins a new telenovela for Televisa in early 2003.

TEATRO LATINO;’s national touring production of CARTAS DE AMOR, starring Saul Lisazo and Kate del Castillo, will premiere in Phoenix, Arizona at the Orpheum Theater, Downtown Phoenix (203 W. Adams) on January 24 and 25. Performances are set for Friday,January 24 at 8 pm and Saturday, January 25 o at 5:30 pm and 8:30 pm. Tickets are on sale now at the Orpheum Theatre Box Office and all Tickets.com Outlets or on the web at www.teatrolatino.com. Call 602-262-7272 to order tickets (Spanish speaking operators on duty) and for special group discounts. 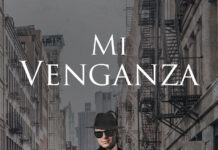 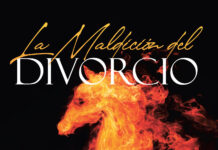 Carlos Barahona’s new book “La Maldición del Divorcio” is an enlightening volume that talks about the negative impact of divorce to God’s design for... 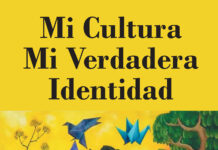 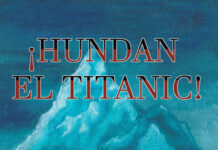