“LA VIRGEN DE GUADALUPE” is the epic re-creation of one of the most moving miracles in the history of Latin America: the apparition of “La Virgen de Guadalupe,” patron saint of Mexico. This major four-hour long production is a masterful re-telling of this fascinating chapter in history – a miracle which spread a message of love that has captivated millions of people all over the world. This is the story of Juan Diego, who was recently canonized by the Pope, his road to faith and the miraculous apparition he witnessed in 1531 in Mexico. “LA VIRGEN DE GUADALUPE” is a mini-series event that weaves the miracle of faith with the miracle of love…a testament of the strength of the human spirit. The program will air in two parts on Saturday, December 7 and Sunday, December 8 from 7PM to 9PM (ETPT).

More miracles await viewers in “FELIZ NAVIDAD MAMA.” This fascinating and heartwarming story is the first one on Spanish-language television to take place in real time, following the calendar day by day. It’s a story full of hope and triumphant love about a young mother struggling to give her son the best in life. This novela is certain to become a holiday classic, celebrating friendship, childhood, the magic of the Holiday season, the value of true love and the real meaning of Christmas. “FELIZ NAVIDAD MAMA” premieres on December 9 and will air Monday through Friday at 7PM (ETPT).

“These two wonderful original productions are the best gift we can offer our viewers during this special Holiday season,” said Manuel Martínez-Llorián, Executive Vice President of Programming and Production for the network. “These programs are a reflection of our commitment to create original productions especially designed for US Hispanic families.”

Telemundo, a U.S. Spanish-language television network, is the essential entertainment, news and sports source for Hispanics. Broadcasting unique national and local programming for the fastest growing segment of the U.S. population, Telemundo reaches 90% of U.S. Hispanic viewers through its 11 owned and operated stations and more than 50 broadcast affiliates. Telemundo is a wholly owned and operated subsidiary of NBC, the nation’s leading broadcast network.

For photos and more information please log into http://www.telemundomv.com 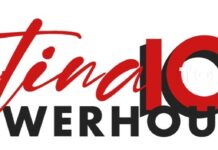