WHITE PLAINS, N.Y., March 27 /PRNewswire-HISPANIC PR WIRE/ — Three top business leaders and experienced charitable volunteers were elected today to the national Board of Trustees of the March of Dimes Foundation.

March of Dimes trustees, who serve as volunteers, represent the public in governing the organization and advancing its mission, and serve five-year terms.

“We’re so pleased to have these three dedicated volunteers join our effort to give America’s babies a healthy start in life,” said Dr. Jennifer L. Howse, president of the March of Dimes. “We rely on volunteers such as Shannon Brown, Gary Dixon and Steven Freiberg, who bring us their commitment to our mission, their innovative business ideas, and their community-based experience.”

The new trustees are:

Shannon A. Brown, Senior Vice President and Chief HR Officer, FedEx Express. Mr. Brown’s daughter was born prematurely in 2002. The whole family became volunteers for the March of Dimes and last year, Mr. Brown served as chairman of the Signature Chefs event in Pittsburgh. Mr. Brown has been with FedEx for 30 years, and in his current position is responsible for a safe, productive, satisfied, quality-oriented and highly motivated workforce. A native of Memphis, Tennessee, where he and his wife Beryl live with their two children, Mr. Brown is a graduate of the University of Denver and National-Louis University in Evanston, Illinois.

Gary M. Dixon, Partner, Ernst & Young LLP, National Tax Department. Mr. Dixon, a longtime volunteer for the March of Dimes, received its prestigious Elaine Whitelaw Volunteer Service Award in 2008. This award is given in honor of Miss Whitelaw, who contributed more than five decades of leadership, energy, vision and service to the March of Dimes. Most recently, Mr. Dixon served as chairman of the Executive Committee of the Texas chapter of the March of Dimes. At Ernst & Young, he works with a team of more than 50 partners and 1,000 staff across the country. Mr. Dixon, a graduate of the University of Texas at Austin and Baylor University, resides in Dallas.

Steven J. Freiberg, Chairman and Chief Executive Officer, Citi Holdings, Global Consumer. Mr. Freiberg has participated in the March for Babies(R), the March of Dimes premier event, for several years, and has served as a team leader for Citi. He is also a volunteer for a number of other nonprofit organizations including Habitat for Humanity. He has held numerous positions in his 30 year career with Citi and is currently responsible for many of Citi’s consumer businesses in North America and Western Europe as well as Consumer Finance in Asia and Latin America.

Mr. Freiberg holds a Master’s degree in Finance and resides in Long Island, NY with his wife and two sons.

The March of Dimes is the leading nonprofit organization for pregnancy and baby health. With chapters nationwide and its premier event, March for Babies(R), the March of Dimes works to improve the health of babies by preventing birth defects, premature birth and infant mortality. The walk starts here at marchforbabies.org.

For the latest resources and information, visit marchofdimes.com or nacersano.org. 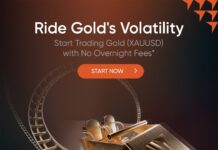