MIAMI, March 26 /PRNewswire-HISPANIC PR WIRE/ — Spring is here, so the Hispanic “got milk?” campaign is declaring it Vitamin D Season to raise awareness of the important role of the “sunshine vitamin.”

Even though we have the ability to make our own vitamin D when the ultraviolet rays of the sun hit our skin, many Hispanics fail to get enough vitamin D. In fact, vitamin D deficiency in this country is being called a silent epidemic. The prudent use of sunscreen, sun-blocking pollution and long, cold winters indoors are partially to blame.

By springing forward in March you’ll gain an extra hour of sunlight and more opportunities to catch some rays, but you can’t always count on the sun to supply all of the vitamin D you need. That’s why it’s even more important to look to your diet for your D, according to registered dietitian Su-Nui Escobar, who officially launched Vitamin D Season today in an effort to extol the virtues of this vital vitamin and talk about milk as “liquid sunshine.”

“It’s alarming to see so many people fail to get enough vitamin D, especially when milk is such an easy and convenient source of this essential nutrient,” Escobar said. “Now more than ever we’re learning about the health risks linked to vitamin D deficiency.”

Milk is one of the few food sources of vitamin D. In fact, it’s the leading source of vitamin D in the American diet. The recommended three 8-ounce glasses of lowfat or fat free milk provide 75 percent of the daily value for vitamin D. Milk also provides eight other essential nutrients, including calcium, potassium and vitamin A, which many Hispanics also lack.

Vitamin D Has Been Dubbed a “Super Nutrient”

Vitamin D was once known as simply a bone builder. It’s true that vitamin D works with calcium to keep bones strong, but new and emerging research suggests vitamin D may be far more versatile, offering an array of health benefits. Some preliminary research suggests vitamin D may support a healthy immune system, heart health, normal blood pressure and healthy aging. And, ongoing research continues to explore the potential connection between vitamin D and certain diseases, including some cancers.

Despite the newfound fame for vitamin D, Americans of all ages still appear to be coming up short. For example, some researchers estimate that up to 55 percent of adolescents may be deficient, putting them at increased risk for osteoporosis and debilitating bone diseases, according to one recent analysis of children living in the northeastern United States. The researchers believe the trend of soft drinks replacing milk may be one important reason for this trend. The problem could be even worse as Americans get older. According to recent government data, only 4 percent of men and 1 percent of women over the age of 51 meet vitamin D recommendations from food. The researchers found that even some infants and small children seem to be failing to get enough vitamin D. Experts suggest the chronic low intakes of vitamin D have been behind the resurgence of rickets — a severe vitamin D deficiency that results in bone deformities.

The launch of Vitamin D Season is part of a new initiative to shine the spotlight on the problem of vitamin D deficiency. Eighty-eight percent of Americans believe they get the vitamin D they need from the sun, according to a recent survey(1) commissioned by the “got milk?” campaign. For most people, vitamin D is not even on their radar screen. Seventy-five percent are not sure how much vitamin D they need and there is significant confusion about where to find it — 23 percent believe exercising regularly will increase their vitamin D and one in five Americans believe a good night’s sleep will replenish their vitamin D.

Visit us at http://www.eligeleche.com to obtain more information about the scientific studies that document vitamin D’s wide range of health benefits, which include helping protect against heart diseases, hypertension, diabetes and certain types of cancers. Visitors will also find recipes provided by Su-Nui Escobar.

About the National Milk Mustache “got milk?(R)” Campaign

The Milk Processor Education Program (MilkPEP), Washington, D.C., is funded by the nation’s milk processors, who are committed to increasing fluid milk consumption. The MilkPEP Board runs the National Milk Mustache “got milk?” Campaign, a multi-faceted campaign designed to educate consumers about the health benefits of milk. For more information, go to http://www.whymilk.com. Lowe New York is the creative agency for the National Milk Mustache “got milk?” Campaign. 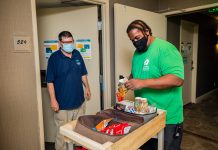 While Others Cut Back, National Health Foundation Partners with Chrysalis to Increase Job Opportunities 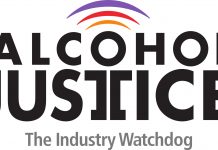 Vitamin D Deficiency Has Emerged as a Silent Epidemic