BENTONVILLE, Ark., Dec. 12 /PRNewswire-HISPANIC PR WIRE/ — In response to months of record rainfall causing flooding and landslides in southern Brazil, the Wal-Mart Foundation announced a $300,000 donation to World Vision to assist with relief efforts. With more than 80,000 people displaced in the past several weeks and the death toll currently at more than 100 people, Wal-Mart committed a combination of both cash and merchandise donations.

“At Wal-Mart, we are dedicated to providing support for our customers, associates and communities around the world, especially in times of need,” said Margaret McKenna, president of the Wal-Mart Foundation. “Given the scale and devastating impact of these floods, we want to do our part to help.”

The foundation’s donation will focus on the rehabilitation of hundreds of people affected by the flooding, primarily children, and assist with post-traumatic support. A portion of the funds will provide “Back Home” kits for families returning to damaged homes and will address specific needs such as building bricks and roof tiles to hygiene items and household appliances.

“World Vision is grateful for Wal-Mart’s generous commitment during this tragic time, which is enabling us to help thousands of displaced children and families in the region,” said Mike Veitenhans, World Vision senior vice president of corporate development. “We deeply appreciate Wal-Mart’s swift response and ongoing partnership with World Vision to rebuild communities and restore lives around the world.”

Wal-Mart Brazil has nine stores in Santa Catarina state and more than 2,000 associates, with one store remaining closed due to the impact of the floods. All 340 Wal-Mart stores in Brazil and 72,000 associates have been involved in a campaign to help the affected regions, from assisting with finding missing associates to working directly with the banks of the Civil Defense of Santa Catarina to allow direct donations. All donations made by associates are being matched by the company, with expectations of raising $200,000.

“It is part of Wal-Mart’s culture to help communities when they need it the most,” said Hector Nunez, president and CEO Wal-Mart Brazil. “I’m proud of how our Wal-Mart associates in Brazil immediately jumped in to assist those impacted by these tragic floods.”

Wal-Mart has long been recognized as a corporate leader around the globe in the area of disaster relief. In February, the Wal-Mart Foundation donated $1 million to the Red Cross Society of China for areas that were affected by snowstorms in southern China and in May also donated $3 million in disaster relief and reconstruction for the earthquakes in the Sichuan Province. Last November, Wal-Mart donated $600,000 to aid in economic recovery in the flooded Tabasco-Chiapas region of Mexico.

About Philanthropy at Wal-Mart Stores, Inc. 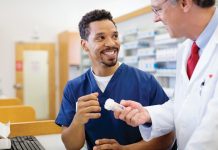 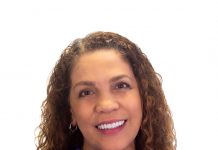 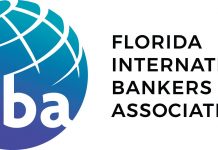