“The Latino Commission on AIDS is honored and joyful to have the talent and support of Miss Universe Dayana Mendoza and actor Wilmer Valderrama, who both hail from Venezuela, in our annual fundraising effort and our global fight against HIV/AIDS,” said deLeon.

Following his role as “Fez” in “That 70’s Show,” Wilmer created, produced, and hosted the hit MTV show, “Yo Momma,” all the way through its third season. Currently he is working on a new TV show, “The Emancipation of Ernesto,” which he will also co-executive produce, and two new films, “Days of Wrath” opposite Laurence Fishburne and “Columbus Day” with Val Kilmer.

“I am inspired by the leadership of the Latino Commission, its mission, and its tireless efforts to help the Latino community battle this disease,” said Valderrama. “It’s critical to amplify our voices regarding the issues and increase our support of the organization now more than ever.”

Miss Universe Dayana Mendoza follows in a long line of support from the Miss Universe Organization over the years. Although having a very successful modeling career, Mendoza hopes to fulfill her lifelong ambition to become either an interior designer or work in the field of advertising.

“It is an honor to be a part of Cielo Latino,” said Miss Universe, Dayana Mendoza. “As a madrina of the Latino Commission on AIDS, I have traveled the globe hoping to educate and raise awareness about this epidemic. The support of those who participate in Cielo Latino will strengthen the message that Unidos Podemos!”

In addition to the celebrity co-hosts, many others, such as actors Rosie Perez and Lupe Ontiveros, honorary co-chairs of the Cielo Latino, and Jaslene Gonzalez, America’s Next Top Model, will be present on May 12th to join the Commission in raising awareness about HIV/AIDS and help bring an end to the epidemic.

For further information on sponsorship packages, tickets and other means to support the event, please visit http://www.latinoaids.org/cielo or contact Elayne Monnens at 212-584-9318.

The Latino Commission on AIDS is a national nonprofit membership organization dedicated to fighting the spread of HIV/AIDS in the Latino community. In response to the critical, unmet need for HIV prevention and care for Latinos, a coalition of Latino leaders founded the agency in 1990. The Commission realizes its mission by spearheading health advocacy for Latinos, promoting HIV education, developing model prevention programs for high-risk communities, building capacity in local organizations and health departments, and by conducting community-driven research and evaluation. Through its extensive network of member organizations and community leaders, the Commission works to mobilize an effective Latino community response to the health crisis created by HIV/AIDS. The Commission is currently providing services in more than 40 States, Washington, DC, Puerto Rico and the Virgin Islands. Since 1993 the Commission has been directed by Dennis deLeon, a national advocate and visionary leader of the Latino community’s struggle to contain the AIDS epidemic. 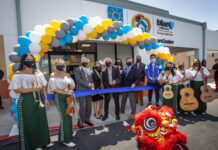 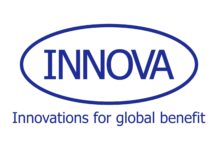