Los Angeles, CA–(HISPANIC PR WIRE)–October 25, 2005–The Boards of Directors of the National Association of Latino Elected and Appointed Officials (NALEO), the national membership organization of Latino public servants, and the NALEO Educational Fund, the leading organization that empowers Latinos to participate fully in the American political process, today expressed deep sadness upon learning of the passing of its Founder, former California Congressman Edward R. Roybal.

A devoted public servant for 43 years, the Honorable Edward R. Roybal was at the forefront of efforts to advance civil rights, protect civil liberties, establish mental health programs, fund AIDS research, and improve support services for veterans and the elderly. In 1976, he founded the Congressional Hispanic Caucus and the National Association of Latino Elected and Appointed Officials, creating a national forum for Latino issues and opened doors for a new generation of Latino leaders.

Congressman Roybal served as President of NALEO from 1976 until 1991, when the NALEO Board of Directors named him President Emeritus. He also served as Chairman of the NALEO Educational Fund from 1981 until 1994, and remained on the Board until 1999, when the Board named him Founder Emeritus. In 1999, the NALEO Board of Directors established The NALEO Edward R. Roybal Award for Outstanding Public Service, an award that provides an opportunity for Latino elected and appointed officials to recognize the exemplary leadership provided by their colleagues in communities throughout the United States. Congressman Roybal guided the organization from being an idea to becoming the nation’s premier civic participation organization. Executive Directors who worked with Congressman Roybal included Mr. Edward Avila, Dr. Harry Pachón, Karen Escalante (acting), and current Executive Director of NALEO and the NALEO Educational Fund, Arturo Vargas.

“Edward Roybal’s trailblazing vision of more Latinos serving in elected office transformed the political landscape of this country,” says the Honorable John P. Bueno, President of NALEO and President Pro-Tem of the City of Pontiac, Michigan. “The fact that today there are more than 6,000 Latinos serving in elected and appointed offices in all levels of government is a testament to the life’s work of this extraordinary leader.”

Edward Roybal was born on February 10, 1916 in Albuquerque, New Mexico. At the age of six, his family moved to the Boyle Heights barrio of Los Angeles, where he attended public schools, graduated from Roosevelt High School, and joined the Civilian Conservation Corps in 1934, then later continued at the University of California in Los Angeles, where he studied business administration, and at Southwestern University, where he studied law. From 1942 to 1944 he was a public health educator for the California Tuberculosis Association. In 1947, Roybal ran unsuccessfully for a seat on the Los Angeles City Council. With his supporters, he created the Community Service Organization (CSO). As president of the organization, Roybal led a crusade against discrimination in housing, employment, and education. In 1949 the CSO held voter registration and get-out-the-vote drives in East Los Angeles and supported Roybal’s bid for election to the Los Angeles City Council in 1949. He won, becoming the first Latino to win a seat on the Los Angeles City Council since 1881, and was subsequently reelected and served until 1962.

In 1962, Roybal became the first Mexican-American to be elected to the U.S. House of Representatives from California. In the House, Congressman Roybal established a reputation as a staunch civil libertarian while working on such issues as immigration rights, education, and health care. As a member of the Appropriations Committee and as Chairman of the Subcommittees on Treasury, Postal Service, and General Government, Congressman Roybal was one of the “thirteen cardinals” of the House of Representatives. He was also one of the ranking members of the Labor, Health and Human Services, and Education Subcommittee. His post on the powerful Appropriations Committee enabled him to work for federal funding for health and education programs, and bilingual education.

Congressman Roybal was a major catalyst in the establishment of the House Select Committee on Aging and served as its chairman from 1982 to 1993. He was widely recognized as a national leader in securing adequate health care and housing for older persons and was one of the first Members of Congress to introduce legislation to establish a national health plan for the United States. In 1992, he chose not to run for reelection. That year his daughter, California Assemblymember Lucille Roybal-Allard, was elected to the U.S. House of Representatives, where she represents part of his former district. Representative Lucille Roybal-Allard today serves on the Board of Directors of the NALEO Educational Fund, representing the Roybal family.

During his three decades of service in the U.S. House of Representatives, Mr. Roybal worked to protect the rights of minorities, the elderly, and the physically challenged. Throughout his career he received numerous honors and awards, including two honorary law degrees from Pacific States University and from Claremont Graduate School. In 1973, Yale University honored him with a visiting Chubb Fellowship. On January 8, 2001, President William J. Clinton presented Congressman Roybal with the prestigious Presidential Citizens Medal of Honor. Most recently, he served as a consultant to the Institute of Applied Gerontology, which bears his name at California State University Los Angeles and also served as President of the Edward R. Roybal Foundation, which is dedicated to providing scholarships to deserving students to attend college.

“Congressman Roybal was a pioneer who ignited a political movement among Latinos. He brought Latinos together and inspired many of us to enter the political system and create changes,” states Mary Rose Wilcox, Chairwoman of the NALEO Educational Fund and the first Latina elected to the Maricopa County Board of Supervisors in Arizona, an office she still holds today. “His passion and legacy of increased Latino political participation live on in the work of the NALEO Educational Fund.”

About NALEO and the NALEO Educational Fund

Founded in 1976, NALEO is a national non-partisan membership association of over 6,000 Latino elected and appointed officials in the U.S. The NALEO Educational Fund is the leading organization that empowers Latinos to participate fully in the American political process, from citizenship to public service. 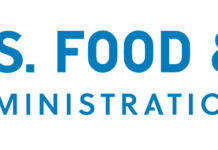