WASHINGTON, Jan. 12, 2011 /PRNewswire-HISPANIC PR WIRE/ — The United States Hispanic Chamber of Commerce (USHCC), which represents more than 200 local chambers and serves as the national advocate for nearly three million Hispanic-owned businesses in our country, congratulates Mr. Gene Sperling on his recent appointment as Director of the National Economic Council (NEC). The NEC was established in 1993 to advise the President on U.S. and global economic policy and is part of the Executive Office of the President.

USHCC President and CEO, Javier Palomarez said: “Mr. Sperling has tirelessly demonstrated his commitment to our community and we are pleased that he will now be at the helm of the NEC. Last March, the USHCC had the pleasure of hosting him at our 20th Annual Legislative Summit in Washington, D.C. As then-Counselor to the Secretary of the Treasury, he graciously shared with us his concerns and the efforts underway by the Administration to address the financial crisis and mitigate its effects on small and minority-owned businesses.”

USHCC Chairman, Nina Vaca-Humrichouse added: “Mr. Sperling is an exceptional public servant who has consistently fought for fairness and inclusion for our businesses. He took a lead role in promoting the Small Business Lending Fund bill in September 2010 – legislation we strongly supported as it opens up lending channels to Hispanic small businesses by providing up to $30 billion in capital to community banks.” 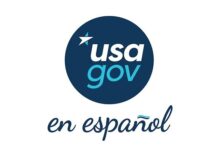