– Carolina Herrera will showcase her new Spring/Summer 2015 collection for the first time in a Latin American country.


MEXICO CITY, Nov. 14, 2014 /PRNewswire-HISPANIC PR WIRE/ — Inspired by the desire to generate innovative spaces for the creation of authentic, memorable experiences, Makken MODA® is bringing for the first time to Mexico the famous designer Carolina Herrera, who will present her Spring/Summer 2015 collection, Carolina Herrera New York, and the CH Carolina Herrera Spring 2015 Collection for men and women, making this a first of its kind event for the Herrera fashion house in Latin America.

In these collections, to be presented at a luxurious fashion show at the Claustro de Sor Juana on November 14, the famous designer captures the essence of the firm’s style, based on an unquestionable ability to draw inspiration from a wide range of artistic disciplines (architecture, painting, film, design), displaying creativity and turning them into a modern, dynamic look that projects a fundamental elegance. The collection’s uniqueness can also be seen in the striking manner in which it plays with lines and its use of outside seams and garments with volume, lending the design a geometric flair.

El Palacio de Hierro joins Makken MODA®, whose designs have been sold exclusively at the department store for more than thirty years.  “For El Palacio de Hierro, the relationship with Carolina Herrera has been a story of success since the 1980s. We are the exclusive luxury department store distributor in Mexico of her ready-to-wear clothing line and men and women accessories under the brand CH de Carolina Herrera, as well as the entire line of fragrancies. It was very important for us to be part of this tribute taking place in Mexico, as the name represents the luxury, the glamour and the perfect complement to the Totalmente Palacio (Totally Palacio) style that we offer our customers,” said Jose Maria Blanco, CEO of El Palacio de Hierro.

“We are confident that this magnificent event will leave a footprint in the fashion world in Mexico,” said Lisette Trepaud, Director of Makken MODA®. “We are finally seeing the results of more than a year of work in Makken MODA®, so it means a lot for Carolina Herrera to come and present a collection for the first time in Mexico. This is the first of several efforts that we have undertaken for this platform and which will drive and provide credibility to the industry in Latin America.”

Makken MODA was established in 2014 as a new business unit of the communications agency Makken, under the leadership of Lisette Trepaud, with a primary focus on meeting the needs of the industry’s customers by means of such services as Styling, Trend Analysis, Fashion Brand Launches and Fashion Shootings. Its aim is also to generate internal projects involving Trunk Shows, Trade Shows and Runways. Makken MODA’s portfolio of clients includes brands such as Zara, Levi’s, Sephora, among others. For more information, please visit: www.makken.com.mx.

Established in 1888, El Palacio de Hierro is owned by the Bal Group and is the point of reference in Mexico when it comes to style and trends. It has 13 stores, eight in Mexico City and the metropolitan area and the remainder in Puebla, Monterrey, Guadalajara, Villahermosa and Queretaro, as well as Casa Palacio and the concept store La Boutique Palacio in Acoxpa, Acapulco and Cancun.

Coined in 1996 by the president of Bal Group, Don Alberto Bailleres, the iconic phrase “Soy Totalmente Palacio” (I’m Totally Palacio) still remains a powerful, effective slogan even today, and it has been the most highly acclaimed campaign in Mexico and at international festivals. 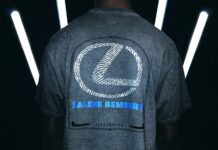