WASHINGTON, March 9, 2016 /PRNewswire-HISPANIC PR WIRE/ — Every 33 seconds a child under 13 is involved in a car crash in the United States, according to 2014 data from the U.S. Department of Transportation’s National Highway Traffic Safety Administration (NHTSA). Safety seats, if used correctly, can dramatically reduce the risk of fatality or injury. But 59 percent of car seats are misused in a way that could reduce their effectiveness, and over one-third of children killed in car crashes were completely unrestrained at the time of the crash. Today, NHTSA and the Ad Council unveiled a new series of public service advertisements (PSAs) to educate parents and caregivers about the importance of selecting the right seat for their child’s age and size, and to remind them that car seats, booster seats and seat belts offer the best protection for children in crashes and help save lives.

“Life can change in an instant. We want parents and caregivers to prepare for the unexpected, rather than face their worst nightmare,” said Dr. Mark Rosekind, NHTSA administrator.  “Buckling up a child correctly and in the right seat is the best protection any parent can do to see their child walk away unharmed from a car crash.”

The English language PSAs, which were created pro bono by the advertising agency, Campbell Ewald, encourage parents to know for sure that their child is in the right car seat before they get in the driver’s seat. By using the tagline, “Don’t Think You Know. Know You Know,” the PSAs focuses on parents’ overconfidence, reminding them that it might be too late to check their child’s seat when they’re on the road. A separate series of Hispanic-targeted PSAs, developed pro bono by the advertising agency, Casanova Pendrill, urge parents to protect their child’s future at every stage of life, by making sure they secure them in the right car seat for their age, height and weight.  The English language PSAs direct to SaferCar.gov/TheRightSeat and the Spanish ads direct to SaferCar.gov/protegidos where parents and caregivers can find more information on how to determine if their child is in the right safety seat.

The new PSAs are an extension of the Ad Council’s Child Passenger Safety campaign, which launched in 2012. The Ad Council will be distributing the TV, radio, outdoor, print and web banner ads to media outlets nationwide this week, and will also make them available through PSACentral.org. The ads will air and run in time and space entirely donated by the media. To date, the Child Passenger Safety campaign has received more than $180 million in donated media.

“This campaign is about life, about dreams. It is a plea to parents and caregivers in the present in order to ensure our children’s future. Although the statistics about the deaths and injuries caused by crashes are scary, we don’t want to scare parents, we want to inspire them,” said Elias Weinstock, chief creative officer at Casanova Pendrill USA.

“We know that many parents aren’t sure if their kids are in the right car seat. We also know that car crashes are a leading cause of death for young children. That’s a very dangerous combination. So we created a powerful way to warn parents to do something about it…while there’s still time.” Ron Wachino – senior vice president, group creative director.

“The right car seat can keep kids safe, and that’s what we all want for our children,” said Ad Council President and CEO, Lisa Sherman. “It’s not enough for parents to think they know which car seat is right for their child; they need to know for sure.”

NHTSA
For more than four decades, the National Highway Traffic Safety Administration (NHTSA) has served as the key federal agency charged with improving safety on our nation’s roadways. As part of the U.S. Department of Transportation, NHTSA is working to reduce traffic-related deaths and injuries by promoting the use of safety belts and child safety seats; helping states and local communities address the threat of drunk drivers; educating road users about the risks associated with distracted driving; regulating safety standards and investigating safety defects in motor vehicles; establishing and enforcing fuel economy standards; conducting research on driver behavior and traffic safety; and providing consumer information on issues ranging from child passenger safety to impaired driving. For more information, visit www.nhtsa.gov.

The Ad Council
The Ad Council is a private, non-profit organization with a rich history of marshaling volunteer talent from the advertising and media industries to deliver critical messages to the American public. Having produced literally thousands of public service campaigns addressing the most pressing social issues of the day, the Ad Council has affected, and continues to affect, tremendous positive change by raising awareness, inspiring action and saving lives. To learn more about the Ad Council and its campaigns visit Adcouncil.org, like us on Facebook, follow us on Twitter or view our PSAs on YouTube.

Casanova Pendrill
Casanova Pendrill is one of the leading Hispanic integrated communications agencies in the U.S. Founded in 1984, the company is headquartered in Costa Mesa, CA with full-service offices in New York and Detroit, and handles Hispanic advertising and integrated communications services for Fortune 500 clients like General Mills, Nestlé, Chevrolet, U.S. Army, and the California Lottery, among others. Casanova has been affiliated with McCann Worldgroup since 1999. 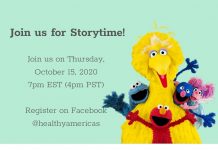 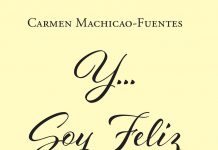 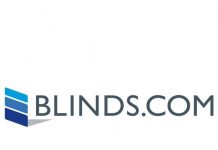