Search
Home News Channels Fashion & Beauty In time for the US leg of her first ever global tour...
News provided by:
Lancôme USA

“At Lancome we believe that happiness is a powerful source of beauty and Rosalía, through her remarkable talent and music, brings happiness to millions of people every day,” says Giovanni Valentini, General Manager Lancome USA. “As we welcome Rosalía as a partner of La vie est belle, we hope to encourage our Lancome community to always think that life is what you make of it, make it beautiful. And we are very excited to work with Rosalía for this US partnership and spreading this simple yet inspiring message to all her fans.”

Rosalía does it differently. Never one to stick to the mold, her brand is entirely unique to her warmth, spirit, style, and deep love of her culture. Rosalía is building her own unique life, and it is indeed belle.

“Ever since I first smelled La vie est belle, I loved it!  Fragrance has such a strong sensorial attraction for me – it immediately reminds me of the many happy moments throughout my life. Life is a succession of moments, and everything is connected. If you want to find beauty in life, you have the power to find it.  For that reason, I couldn’t be prouder to partner with Lancôme on this MOTOMAMI adventure,” says Rosalía. “I am also thrilled that Lancôme will come along on this journey with me and offering my fans a cool experience when they come to my shows in the US!”

As part of the partnership, Rosalía will be featured in a series of content on social platforms and in U.S. media campaigns.  Lancôme will also join Rosalía on her tour in September and October in select cities across the United States to offer her fans an engaging pop-up experience allowing the Rosalía community the opportunity to share how they are living la vida es bella. In addition, Lancôme will offer concert tickets to select locations and bottles of La vie est belle eau de parfum signed by Rosalía via a sweepstakes on the brand’s social media platforms.

Founded in 1935 by the visionary pioneer Armand Petitjean, with the wish of spreading the spirit and taste of French elegance around the world, Lancôme immediately embodied the essence of beauty. More than ever before, the brand aims to offer every woman the possibility to blossom and embrace her beauty and femininity whatever her age or skin color. Lancôme is present in 135 countries, with about 20,000 beauty advisers in as many points of sale offering sophisticated services and iconic products to an international clientele. Lancôme successfully combines scientific expertise, and an intuitive understanding of women’s needs to produce major innovations, unique and complementary between skincare, makeup, and perfume. Lancôme affirms that happiness is the most attractive beauty. To embody that, the brand has chosen charismatic and fully accomplished women such as Julia Roberts, Penélope Cruz, Lupita Nyong‘o, Lily Collins, Isabella Rossellini, Zendaya Coleman and Amanda Seyfried.

Rosalía is a transformational multi-genre music artist who has quickly “leapt to the forefront of the global pop landscape” on the strength of her innovative musical fusions and distinctive style.  She has repeatedly shattered barriers for both female and Spanish language artists, while being widely hailed for her musicianship in and out of the studio. Welcomed as “a boundary-breaking modern masterpiece … that has resonated like a shockwave,” Rosalía’s milestone breakout album “El Mal Querer” meshed an innovative fusion of classic Flamenco and other timeless music styles of Spain, with her phenomenal vocal capability and strong influences from industrial visual arts, female empowerment, fashion and choreography. Highlights of the album’s universal acclaim saw Rosalia garner her first GRAMMY Award, the historic first-ever Best New Artist Grammy nomination for a Spanish language artist, eight Latin Grammys, including Album of the Year, and placement on numerous Best of year and Best of Decade lists. In 2022, Rosalía released her landmark album MOTOMAMI which she wrote, performed, recorded and executive produced – extending her foundational sound into a more global sonic canvas with elements of contemporary Latin-American rhythms. R&B, hip-hop, hints of jazz and electronic beats.  The album’s highly-anticipated arrival was met with rapturous critical and commercial acclaim, as press around the world quickly dubbed MOTOMAMI, “a visionary masterpiece… as provocative and risky as it is creative…the most thrilling, forward-thinking music we’ll hear all year…[and] one of the most ambitious albums of the decade — regardless of genre”. As the fall of 2022 begins, MOTOMAMI continues to be ‘the #1 critically acclaimed album of the year’ according to Metacritic, and Rosalía has launched her game-changing “MOTOMAMI WORLD TOUR  – which has already been cited as ‘A Tremendous, absolutely overwhelming, and full-fledged trip to the future… a perfectly calibrated show… [proving] she can conquer the world singing in Spanish, [and is] going to put an end to the Anglo-Saxon hegemony of world pop.” 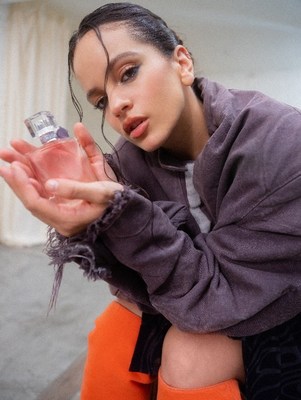 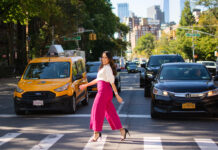 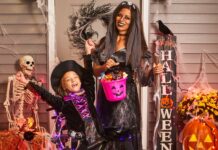 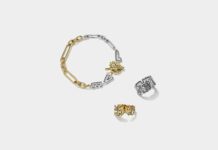 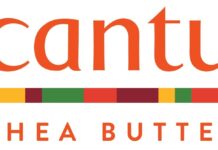 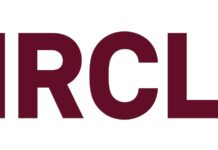 In time for the US leg of her first ever global tour “MOTOMAMI WORLD TOUR” – Lancôme has partnered with Rosalía to bring her iconic style to La vie est belle – the signature fragrance by Lancôme.