SAN CLEMENTE, California, March 30, 2016 /PRNewswire-HISPANIC PR WIRE/ — Eating trends are born in California. When California moves towards a healthier and spicier diet, the rest of the nation follows. In recognition of the spicy food trend and California’s love affair with tacos, the California Milk Processor Board (CMPB), creator of the iconic got milk? campaign, has launched a new statewide campaign titled, “Spicy Loves Milk,” which joins together Californians’ love of tacos and America’s fascination with spicy foods while highlighting milk’s essential role in spicy food pairing. Got milk? embarked on a journey to bring you the hottest tacos that are setting trends across the state. Seven popular chefs across California have each created a taco recipe that is true to their city’s culture, personality and taste, while showcasing milk’s versatility and unique ability to complement exciting spicy flavors and tone down the heat. With a wide range of culinary backgrounds, these California chefs created milk and taco pairings that include the Crispy Lechón al Tomatillo from Evan Kidera and Gil Payumo of San Francisco’s Señor Sisig; a Citrus Pork Taco with Quemada Sauce from Palm Springs’ Las Casuelas Terraza; and the Blazing Pork Belly Blossom from Michael Ruffner of San Diego’s My Urban Eats, to name a few. Each and every chef selected brings something unique, bold and exciting to the table. Chefs Evan Kidera and Gil Payumo have redefined contemporary street food with their Filipino fusion dishes and have been voted SF Weekly’s Best Food Truck four years in a row. Chef Michael Ruffner prepares his dishes from a gourmet mobile kitchen that carries equipment only found in major, upscale restaurants and only uses local ingredients. Las Casuelas Terraza continues to appetize Palm Springs locals after more than 35 years in business by offering the best Mexican dishes in the Coachella Valley. Whether it’s with their unusual ingredients, unique cooking techniques, or alluring spices, they have all succeeded in taking the hottest food trends and integrated them into the taco.

“With milk’s inherent properties and quick ability to cool the tongue after eating spicy food, this food pairing couldn’t have been more perfect,” said Steve James executive director of the CMPB. The “Spicy Loves Milk” campaign will combine California Cuisine with our state’s freshest ingredients, exotic spices, and showcase diverse food offerings found only in California. “We are excited for taco lovers to try the varying flavor combinations which will be further enhanced by a milk pairing,” said Steve James.

The new generation of consumers in California and the rest of the nation seek flavor innovations and a growing desire for spicy foods. We are experiencing what is called, “The Sriracha Effect” as explained by Technomic1. Technomic discovered that Sriracha can add an instant ethnic taste to something that may not be ethnic otherwise, for example a sandwich. Due to this effect, chefs are searching far and wide to find other assertive flavorings and spices that can be enjoyed the same way as Sriracha. Spicy foods not only arouse our taste buds but they offer health benefits as well2. Spicy peppers contain capsaicinoids which have been found to help prevent chronic diseases and they also have high concentrations of vitamins and antioxidants. Among the health benefits linked to eating spicy foods is weight loss, and heart health to name a few.

About the CMPB
The California Milk Processor Board was established in 1993 to make milk more competitive and increase milk consumption in California. Awareness of got milk? is over 90% nationally and it is considered one of the most important and successful campaigns in history. Got milk? is a federally registered trademark that has been licensed by the national dairy boards since 1995. The CMPB’s Spanish-language campaign began in 1994 using the tagline “Familia, Amor y Leche” (Family, Love and Milk). The TOMA LECHE (Drink Milk) campaign replaced it in 2006, in order to better align the English and Spanish language work. The CMPB is funded by all California milk processors and administered by the California Department of Food and Agriculture. 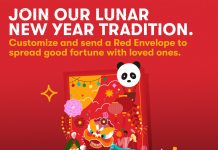 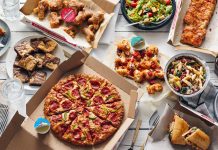 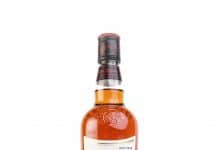 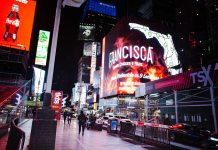 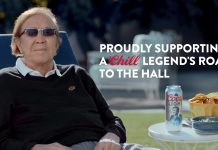 Acclaimed Chefs and Got Milk? Spice up the Taco Scene