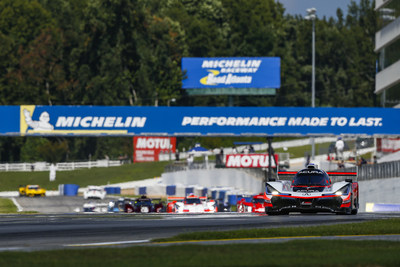 The win is the first overall “weekend sweep” for Acura in two and a half seasons of multi-class competition for the manufacturer in the IMSA WeatherTech SportsCar Championship; and provisionally vaults Acura, Meyer Shank Racing and the full-season driver lineup of Farnbacher and McMurry to the top of the GTD points championships.

Acura Team Penske
Fighting back from an early-race penalty for a pair of pit lane violations during the first round of pit stops, Castroneves and Taylor recovered from a one-lap deficit to the field at the one-hour mark to regain the lead lap by the end of the second hour.  The pair joined the battle for the race victory in their #7 Acura Team Penske ARX-05 in the final two hours.  With just over an hour remaining, Taylor used lapped traffic to pass his teammate Dane Cameron in the #6 Acura and eventually build a 14-second lead over the field.

The #6 ARX-05 of Cameron and Juan Pablo Montoya had an equally fraught race, with contact at the race start resulting in a spin for Cameron.  Quickly recovering, Cameron was up to second place just 30 minutes into the contest. The pair remained in the hunt for the victory until the final minutes of the race, when contact with a GTD-class Ferrari that was returning to the circuit after sliding off course resulted in heavy damage to the #6 Acura, ending their day.

The crash resulted in a full-course caution and erased a seven-second lead for Castroneves. But he held on for the final two laps of green-flag racing as he and Taylor combined for the second consecutive win of 2020, following their victory last month at Road America.

Meyer Shank Racing Acura NSX GT3 Evo
In the always competitive GTD division for production-based cars, Farnbacher, McMurry and endurance-race addition Michimi prevailed in a typical multi-manufacturer battle for the class victory, with a strong double-stint to the finish by defending champion Farnbacher sealing the victory for the trio’s Acura NSX GT3 Evo, which also marked the first victory of 2020 for the 22-year-old McMurry in his 150th IMSA race start.

Combined with a trio of podium finishes earlier this season, Acura now leads the GTD Manufacturers’ Championship by eight points after six races in 2020.  Farnbacher and McMurry lead the drivers’ title chase by 12 points, and Meyer Shank Racing also has a 12-point lead in the teams’ championship.

The #57 Heinricher Racing with MSR Acura of Alvaro Parente, Misha Goikhberg and Trent Hindman encountered early difficulties after a pair of off-course excursions in the opening hour.  An additional spin in the second hour resulted in damage to the front bodywork of the #57 Acura, but the trio persevered to a sixth-place finish.

Next
The 2020 WeatherTech SportsCar Championship next heads to the Mid-Ohio Sports Car Course in three weeks-time, for the Acura Sports Car Challenge at Mid-Ohio, on September 26-27.

Acura Motorsports social media content and video links from this weekend’s IMSA TireRack.com Grand Prix at Michelin Raceway Road Atlanta are available on Facebook (https://www.facebook.com/HondaRacingHPD) and Twitter (https://twitter.com/HondaRacing_HPD).  Produced by the CoForce Digital Media, the YouTube videos can be found at: https://www.youtube.com/HondaRacingHPDTV.

Quotes
Ted Klaus (President, Honda Performance Development) on today’s double victory for Acura: “This is a great day for Acura and HPD, and for all the hardworking associates on our IMSA programs, our excellent drivers and partner teams.  This is also a great reward for [Acura Brand Officer] Jon Ikeda, who has spearheaded the return of Acura to IMSA competition as we prove the brand is the home of Precision Crafted Performance.  Congratulations to everyone at Acura Team Penske and Meyer Shank Racing, and let’s keep it up as we head to our ‘home’ race at Mid-Ohio later this month.”

Ricky Taylor (#7 Acura Team Penske ARX-05) race winner, 2nd consecutive victory of 2020: “We’ve been fighting back all year, today was just a synopsis of our season.  Coming from a lap down and a complete nightmare of a start of the race, but we’ve all made mistakes, and Helio’s recovery was brilliant.  When he’s angry, look out!  He fought back so hard.  We got back to the front, and he made it look easy at the end.  Acura, HPD and Team Penske, it’s an awesome combination.”

Helio Castroneves (#7 Acura Team Penske ARX-05) race winner, 2nd consecutive victory of 2020: “I made a mistake at the beginning, unfortunately.  I like to think I drive like a 20-year-old, but sometimes I make the mistakes of a 20-year-old, too!  Thankfully, [team president] Tim Cindric is always cool, and made all the right calls to get us back in the race, and we got the yellow [caution flag] that worked in our favor.  Finally, we got in the lead thanks to this guy [Taylor].  It was just a great job from everyone: Acura, HPD and Team Penske.  Two in a row, baby, let’s go for more.”

Mario Farnbacher (#86 Meyer Shank Racing Acura NSX GT3 Evo) GTD winner, first win of 2020, leads the GTD drivers’ championship after six races: “This win is such a relief for us, it’s something that we’ve come so close to getting but just couldn’t quite get there. The crew really worked their asses off during the pit stops today. We were really unlucky during the [season opening] Rolex 24, and we have progressively been working really hard to keep collecting points for the championship. Now, to finally get the victory it’s such a good feeling. There’s so many people working behind the scenes, HPD, Acura, MSR, that have all helped us to get here.”

Matt McMurry (#86 Meyer Shank Racing Acura NSX GT3 Evo) GTD winner, first win of 2020, leads the GTD drivers’ championship after six races, made his 150th race start in IMSA competition today: “Today the MSR guys just did everything right and the crew did so awesome – all of our pit stops were super-fast. Shinya [Michimi] started the race off really strong and put me in a good position for when I had to get in the car, and Mario finished perfectly. To get a win on my 150th race start is a pretty good feeling too. A big thank you to everyone at MSR, HPD and Acura for giving us a great car today.”

Mike Shank (team owner, Meyer Shank Racing): “This was a big win for us in many ways. We’ve come so close to getting a win [this year] and we just couldn’t make it happen. So this win, especially during an endurance event, was really good for us. This win also puts us in a good position in the championship. We’ve been staying consistent with our finishes which will help us in the long run. Shinya did a great job considering he has not been in the car since January. Matt continues to show improvements each race and Mario did what he needed to do to bring it home in the end. I’m really proud of these guys, especially the crew who just knocked it out of the park on pit stops today. I’m really happy with the result today.” 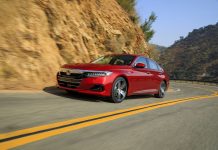 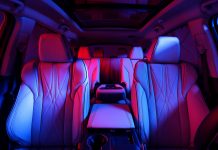