The carrier will significantly increase flights to Amsterdam, London, Madrid, Shanghai, and Santiago on a weekly basis. This increase represents nearly 40% of its current seat capacity on these five routes, operating its Boeing 787 Dreamliner, one of the most modern commercial aircrafts in the sky.

In Europe, Aeromexico will offer daily flights from Mexico City to Amsterdam and London Heathrow – increasing from three and six flights per week respectively. The carrier will also increase its seat capacity to Madrid by 15%, giving a total of 12 flights per week.

Aeromexico’s Chief Revenue Officer, Anko van der Werff said: “This significant increase in flight frequencies to our core global markets reflects Aeromexico’s commitment to continue expanding its network of destinations by offering increased seat capacity to our customers in Mexico and across the globe.

“These actions are due to the growth of our fleet by the number of wide-body aircraft we will receive during the rest of this year and in the first half of 2017, to offer customers increased connectivity options to more than 80 of our destinations”.

All these new frequencies are already available in our different sales channels: Call Centre, Ticket Offices, www.aeromexico.com, or through Travel Agencies.

With the increase in flight frequencies, Aeromexico continues to develop and expand its extensive network of international connections on three continents. It looks to provide passengers with more and better travel options and continues to be the only airline from Mexico offering direct flights to Europe, and the only Latin American carrier with a presence in Asia.

Grupo Aeromexico, S.A.B. de C.V. is a holding company whose subsidiaries provide commercial aviation services and promote passenger loyalty programs in Mexico. Aeromexico, Mexico’s global airline, operates more than 600 daily flights from its main hub in Terminal 2 at the Mexico City International Airport. Its route network spans more than 80 cities on three continents including 45 in Mexico, 16 in the United States, 15 in Latin America, four in Europe, three in Canada, and two in Asia.

Grupo Aeromexico’s fleet includes 130 aircrafts consisting of the Boeing 787 Dreamliner, 777 and 737 jet airliners and next generation Embraer 190, 175, 170, and 145 models. In 2012, the airline announced the most significant investment strategy in aviation history in Mexico, to purchase 100 Boeing aircraft including 90 MAX 737 airliners and ten 787-9 Dreamliners. 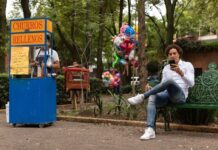 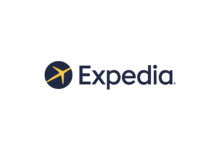