Search
Home News Channels Entertainment AfinArte Music Continues Its Reign As One Of The Premier Labels In...
News provided by:
AfinArte Music

LOS ANGELES, April 29, 2021 /PRNewswire-HISPANIC PR WIRE/ — AfinArte Music, the prominent regional Mexican record label that has launched the brilliant careers of globally popular acts such as El Fantasma and Los Dos Carnales, sustains its rise in 2021 as one of the premier labels in Latin music today. 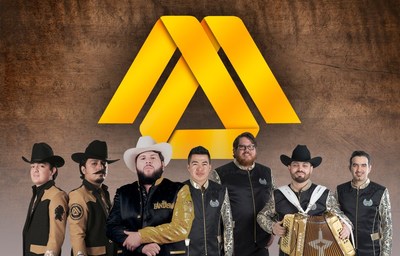 Founded in 2013 by brothers Luis and Eddie Sánchez and Jorge Gaxiola, lead vocalist of the legendary norteño band Voz de Mando, AfinArte Music quickly established itself as an influential force. Working to preserve and celebrate the historic traditions of regional Mexican music, and the rich cultural heritage that surrounds the genres it encompasses, together Luis, Eddie and Jorge impressively succeeded in catapulting the label’s talented roster from its grassroots beginnings touring through clubs and the festival scene to the acclaimed stages of large-scale arenas, including Staples Center, San Jose Convention Center, and Citizens Arena, among others.

As a result of the brothers’ focused efforts, AfinArte garnered notoriety rapidly and steadily and was recognized for its phenomenal ingenuity, earning recognition as the indie label “to watch” in 2018-2019. During that time, the label experienced explosive growth, leading to a mention for the company’s CEO, Luis Sánchez, on Billboard’s coveted Latin Power Players list at the end of 2019.

AfinArte Music continued to make big moves in 2020. While Sánchez continued to solidify the label as one of the most powerful independent labels in the music industry, winning a spot on Billboard’s respected Indie Power Players list that summer, the company expanded its reach throughout the United States and Mexico and appointed Jorge Gaxiola, the label’s co-founder, as its Head of A&R. The label also broadened their award-winning roster with the addition of up-and-coming artists like singer-songwriter Adriana Rios, underground corrido singer songwriter Kanales, Voz de Mando, Irene Del Rosario, Gerardo Diaz, Los Dos De Tamaulipas, and more.

Among AfinArte Music’s brightest moments are the successes it has experienced with El Fantasma and Los Dos Carnales. Having released eleven albums under the label, El Fantasma has racked up hundreds of millions of streams, becoming one of the 10 most streamed regional Mexican artists on Spotify and winning a spot on Billboard’s 2020 Top 50 Latin Artists list. Across two album releases with AfinArte Music, Los Dos Carnales have also garnered hundreds of millions of streams, with their sophomore album alone winning 100 million streams in less than a year. In 2021, the flourishing duo arrived at the Latin American Music Awards, performing with Latin Grammy-winning singer-songwriter Camilo.