NEW YORK, Jan. 12, 2017 /PRNewswire-HISPANIC PR WIRE/ — A prominent group of national U.S. Jews and Latinos has established the Latino Jewish Leadership Council (LJLC). Convened by AJC, the new national Council will work to further strengthen Latino-Jewish cooperation in advocating for issues of shared concern and values cherished by both communities.

“The future of this country is based, as it has always been, on communities coming together with a vision for a better future and, through hard work and perseverance, making that vision our shared reality,” said Luis Ubiñas, President of the Ford Foundation (2008 to 2013), current President of the Board of Directors of the Pan American Development Foundation, and a founding member of the LJLC. “In this coming generation, the Latino and Jewish communities working together can achieve any aspiration.”

AJC has long been committed to deepening Latino-Jewish understanding and cooperation. The LJLC expands upon groundbreaking initiatives that have included helping launch the bipartisan Latino-Jewish Congressional Caucus in 2011, and hosting in 2013 a National Conversation on the State of Latino-Jewish Relations in Washington, D.C., attended by 100 high-level leaders from both communities. Many LJLC members have participated in these and other initiatives of AJC’s Belfer Institute for Latino and Latin American Affairs (BILLA).

“When the very ethos of American pluralism has been challenged by some, when hate crimes have increased, and when entire communities have been stigmatized, creation of this Council reinforces the importance of our shared destiny, and the strength and resilience our nation derives from its diversity,” said Dina Siegel Vann, director of AJC BILLA, who is staffing the LJLC.

The Council’s first meeting will take place in Washington on March 1. Visit ajc.org to receive more information and LJLC updates.

The full list of the initial LJLC members is below: 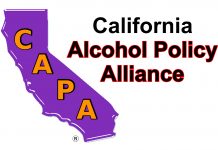