Atrescine and its 7,000+ titles are the result of an agreement with Video Mercury Films, the largest distributor of Spanish films in the world

MADRID, Jan. 20, 2020 /PRNewswire-HISPANIC PR WIRE/ — Coinciding with its second anniversary on air, Atrescine continues to grow after closing an agreement with the Televisa Group to add it to the lineup of its cable operator, IZZI. 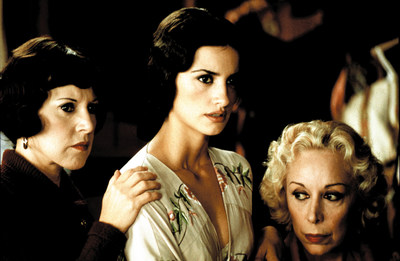 This alliance allows the ATRESMEDIA Internacional movie channel to strengthen its position in the desirable Mexican market, where it first arrived in September thanks to Blim, also owned by the Televisa Group. With this addition, IZZI now has the entire portfolio of ATRESMEDIA Internacional channels, which, together with the finest Spanish cinema of all time from Atrescine, includes the best news and entertainment from Antena 3 Internacional, great Atreseries premieres, and the exclusive access to the royal houses and the lives of today’s hottest celebrities that only ¡HOLA! TV can provide.

Specifically, Atrescine is accessible to Mexican viewers on IZZI channel 909 HD, and features the best catalog of all time and genres – more than 7,000 titles – thanks to the alliance with Video Mercury Films, with movies such as Las Trece Rosas, El Último Cuplé, Abre los Ojos, El Robo más Grande Jamás Contado, Tesis and A los que Aman on offer.

For the General Manager of ATRESMEDIA Internacional, Mar Martínez-Raposo, “The agreement with IZZI enhances our position in Mexico and shows our commitment to cinema, one of the most in-demand formats right now, which is complemented perfectly by the programming on the other ATRESMEDIA channels, which are also available on IZZI.”