MADRID, Jan. 7, 2021 /PRNewswire-HISPANIC PR WIRE/ — Starting January 17 Atreseries will broadcast two seasons of Velvet Colección, the Movistar+ spin-off that will bring the Atresmedia and Bambú Producciones original series to an end. Thus, Atreseries will become the first television channel to bring Velvet Colección to the Americas and will do so after having broadcast the previous four seasons of Velvet consecutively. 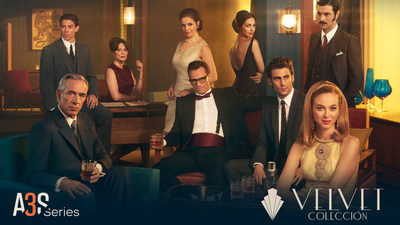 The first of the 20 episodes of Velvet Colección (20×50′) takes place at the end of the 1960s, finding Ana Ribera (Paula Echevarría) settled in New York with her husband (Miguel Ángel Silvestre) and their son. Five years have passed, during which Ana has led the company remotely. But now the time has come for her to return to Spain, follow in the wake of other international companies and take another step forward with her project. It’s clear to Ana that the new challenge is to franchise the prestigious brand, Velvet, and show that she is capable of replicating the model. Barcelona is the city she chooses for the opening of the second Velvet boutique, where all her friends and colleagues will be charged with turning her dreams into reality. But what will undoubtedly be a new success won’t come without problems right from the start. Fate has a tough test in store for the designer.

Escala Meditando, the number one meditation app in Spanish, premiers in the children’s category

ATRESERIES, the first TV channel to broadcast Velvet Colección in the Americas