SACRAMENTO, California, Nov. 2, 2015 /PRNewswire-HISPANIC PR WIRE/ — The California Occupational Safety and Health Appeals Board (Appeals Board) has ruled in favor of Cal/OSHA’s 2012 citations against two employers because their Injury and Illness Prevention Programs (IIPP) failed to effectively address the hazard of indoor heat.

“This is the first case of indoor heat considered by the Appeals Board. In this case, the ruling affirms that California’s IIPP standard can be used to address hazards that the standard does not specifically identify, including indoor heat,” said Christine Baker, Director of the Department of Industrial Relations (DIR). Cal/OSHA, officially known as the Division of Occupational Safety and Health, is a division of DIR.

The IIPP is a basic written program that every employer must develop to comply with occupational safety and health standards and effectively train employees in recognizing hazards.

“California is the only state with an outdoor Heat Illness Prevention standard,” said Juliann Sum, Chief of Cal/OSHA. “Now all workers, including those who work indoors like warehouse workers, are protected from the hazard of heat.”

The case stemmed from the January 2012 serious citations Cal/OSHA issued to Tri-State Staffing (TSI), a temporary staffing agency, and warehouse operator National Distribution Center (NDC) for the heat illness suffered by an employee in August 2011. A serious violation is cited when there is a realistic possibility that death or serious harm could result from the actual hazardous condition.

On August 30, 2011, Domingo Blancas, a TSI employee hired to work in an NDC-operated warehouse, suffered heat illness while working inside a metal freight container with a temperature over 100 degrees. He reported his illness to his temp agency supervisor, who arranged for him to be transported to a local clinic by another employee who had also reported heat illness that day. The doctor at the clinic questioned if Blancas might be suffering from dehydration and referred him to the Emergency Room, but Blancas did not go to the ER and the next day he was hospitalized for three days due to heat stroke.

Both TSI and NDC were penalized $18,000 for failing to implement an effective IIPP. Both companies appealed the citations to an administrative law judge (ALJ). In March 2015. the ALJ issued its decision in favor of TSI and NDC, dismissing their citations. Cal/OSHA appealed that decision to the Appeals Board, stating the ALJ should have affirmed the citations because the employers had failed to effectively correct the hazard of indoor heat exposure, and had not trained employees on the hazard of indoor heat exposure and heat illness. The three-panel board agreed with Cal/OSHA and overturned the ALJ’s decision.

The decision also reinforces the fact that all employers have a responsibility for ensuring compliance with all Cal/OSHA standards, not just the employer in charge of the worksite.

Employees with work-related questions or complaints may contact DIR’s Call Center in English or Spanish at 844-LABOR-DIR (844-522-6734). The California Workers’ Information line at 866-924-9757 provides recorded information in English and Spanish on a variety of work-related topics. Complaints can also be filed confidentially with Cal/OSHA district offices.

The Occupational Safety and Health Appeals Board is a three-member, judicial body appointed by the Governor and confirmed by the Senate which handles appeals from private and public-sector employers regarding citations issued by Cal/OSHA for alleged violation of workplace safety and health laws and regulations. The mission of the Appeals Board is to fairly, timely and efficiently resolve appeals and to provide clear, consistent guidance to the public, thereby promoting workplace safety and health. 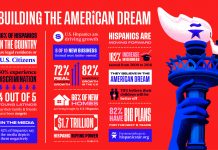 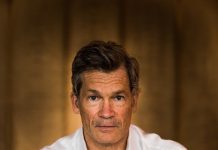 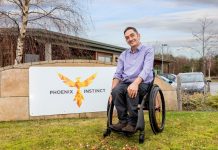