The regulatory proposals are intended to make California refineries safer both for workers and surrounding communities. The two regulations implement key recommendations of the Governor’s Interagency Working Group on Refinery Safety, and are the result of a multi-year effort, including extensive consultation with workers, industry, NGOs, and communities, following a serious chemical release and fire at Chevron’s Richmond oil refinery in August 2012.

“The proposed regulations will put into place new strategies to prevent major incidents at refineries, and to protect refinery workers and surrounding communities from exposure to health and safety risks,” said David M. Lanier, Secretary of the Labor and Workforce Development Agency.

The proposal includes two complementary regulations – one overhauling Cal/OSHA worker safety regulations as they apply to refineries and another strengthening the California Accidental Release Prevention program (CalARP) regulations designed to prevent the accidental release of hazardous substances that could harm public health and the environment. DIR, Cal OES, and CalEPA have collaborated to ensure that the two regulations are aligned.

“These regulations will make refineries safer neighbors and employers. Refinery workers, community and environmental organizations, and industry leaders worked with us to develop requirements that are practical and effective,” said Matthew Rodriquez, California Secretary for Environmental Protection.

Major incidents at oil and gas refineries pose a significant risk to refinery workers and nearby communities while costing Californians an average of $800 million a year in disruption to fuel supplies.

“The proposed amendments to the California Process Safety Management program and Accidental Release Prevention program are significant improvements that will strengthen protections for workers, communities and the environment, based on lessons learned and best practices,” said Vanessa Allen Sutherland, Chairperson of the U.S. Chemical Safety Board. “We look forward to seeing the final regulations implemented, and we hope that they prove to be a model for refinery worker protection and public safety for the rest of the country.”

Following a serious chemical release and fire at Chevron’s Richmond oil refinery in August 2012, Governor Edmund G. Brown Jr. called for an Interagency Working Group to examine ways to improve public and worker safety through enhanced oversight of refineries, and to strengthen emergency preparedness in anticipation of any future incident. The Working Group consisted of participants from 13 agencies and departments, as well as the Governor’s office.

Over an eight-month period, the Working Group met with industry, labor, community, environmental, academic, local emergency response and other stakeholders. It also worked closely with the Contra Costa County Health Services Hazardous Materials Division, which implements an industrial safety ordinance that served as a model for the proposed refinery safety regulations. In February 2014 the Working Group issued a final report with recommendations to improve safety practices at refineries and develop more reliable and effective emergency response plans. The proposed regulations implement one of four key recommendations of the final report.

California now has an Interagency Refinery Task Force, headed by CalEPA with participation from DIR, its division Cal/OSHA, and 11 other federal, state, and local agencies and departments. The task force works collaboratively to achieve the highest possible level of safety for refinery workers and local communities, and prepare for and effectively respond to emergencies if they occur. 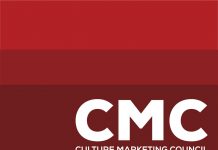