FRESNO, Calif., May 18, 2015 /PRNewswire-HISPANIC PR WIRE/ — On May 14, 2015, the California Court of Appeal in Fresno unanimously declared the Mandatory Mediation and Conciliation (MMC) Statute unconstitutional and set aside the California Agricultural Labor Relation Board’s order to force a “collective bargaining agreement” and to impose the UFW on Gerawan and its employees.

The decision holds that the “inequality and arbitrariness of the MMC process improperly delegates legislative authority to an unelected state agency. Calling the MMC statute “the very antithesis of equal protection,” the Court held that it unconstitutionally mandates “the imposition of a collective bargaining agreement by administrative edict” based on “a distinct, unequal, individualized set of rules” for each individual employer.

In a 58-page opinion, the Court held: “As the present case illustrates, where a union has arguably abandoned the employees but later returns to invoke the MMC process, that situation may create a crisis of representation.” The Court ruled that Gerawan Farming “should have been given an opportunity to prove abandonment to the Board once UFW requested the MMC process,” concluding that the Board “abused its discretion” when it compelled Gerawan into this forced contracting process “without properly considering Gerawan’s claim of union abandonment.”

“This is a significant victory for our employees, our family, and the entire industry. The Court’s ruling vindicates our argument that no state agency should be able to unilaterally impose a contract on workers without a vote or force it on employers without their consent,” said the company’s co-owner, Dan Gerawan. “This decision is a significant win for all agricultural workers, who justifiably deserve the freedom to choose representatives to speak for them at the bargaining table.”

After winning a contested election in 1990 and being certified by the ALRB in 1992, the UFW “disappeared from the scene for nearly two decades.” The Court continued: “It is clear that the employees’ right to a representative of their own choosing would be seriously jeopardized in the situation of abandonment by a union where, as here, the absentee union suddenly reappeared on the scene to demand the MMC process.”

The Court concluded that Gerawan was permitted to raise the UFW’s abandonment as a defense to this forced contracting scheme, “because only that result will preserve the ALRA’s purpose of protecting the employees’ right to choose.”

Thousands of Gerawan employees successfully petitioned for the right to hold an election to determine whether to oust the UFW. That election was held 18 months ago. Though the Board has yet to count the ballots, it imposed the MMC contract after the election. Both the UFW and the General Counsel of the Board sought unsuccessfully to compel enforcement of the contract, which would have forced workers to pay dues or fees to the UFW, or be fired.

Rejecting the Board’s argument that employees could mount a decertification effort against a heretofore-absent union, the Court held that “[r]ealistically, a decertification option would often be too late to stop the MMC process.”

The Court awarded that the state of California pay Gerawan’s costs for bringing this appeal.

You can find copies of the Court’s decision here, and more background information here on the ALRB’s efforts to force a contract on Gerawan employees before ballots have been counted in the decertification election. 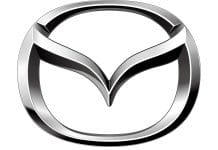 If you purchased Weighted Goods from Walmart in the United States from February 13, 2015 to August 26, 2020 and the Weighted Goods’ unit... 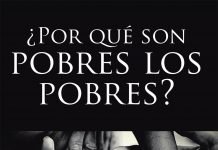 Raul Barraza B.’s new book ¿Por qué son pobres los pobres? a thought-provoking read on the idea of poverty and its impact on the... 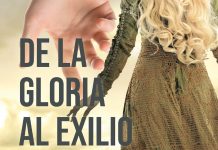 MOREIDOMOS’s New Book De La Gloria Al Exilio, An Uplifting Story Of A Woman’s Redemption From Exile In Life By The Grace And Mercy... 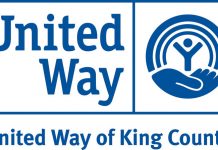