MIAMI, May 4, 2021 /PRNewswire-HISPANIC PR WIRE/ — THEMA América, a Canal + company, joins the celebration of the 17th Anniversary of Canal 22 Internacional, the cultural channel of Mexico in the U.S., in May. Canal 22 is celebrating 17 years of being the cultural channel of Mexico in the United States and airing the best artistic and cultural expressions of Mexico and Latin America, to connect Mexicans, Mexican-Americans, and the entire Spanish-speaking community in the United States with their roots and traditions. 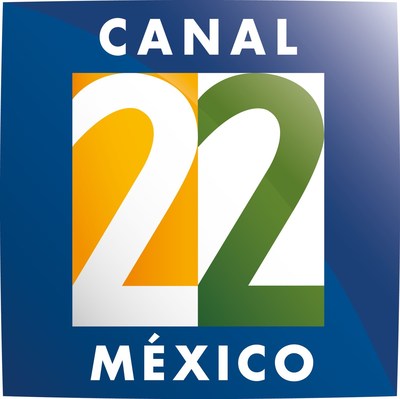 Orissa Castellanos, Director of Canal 22 Internacional, said, “For Canal 22 Internacional, celebrating this 17th anniversary allows us to reaffirm its commitment to its audiences and its mission of remaining at the forefront with content that enriches the screen, to continue being the cultural channel of Mexico in the United States.”

Manos A La Obra, De La Memoria Al Corazón: A series that shows the traditions of various geographical areas of Ibero-America, places where the connection between the richness of natural ecosystems and the creativity of women and men has resulted in transforming a variety of raw materials into iconic handicrafts. Every Sunday at 6:30 pm Pacific / 9:30 pm Eastern Time.

Misión Baja: An exploration of Baja California, one of Mexico’s richest territories in flora, fauna, geological beauty, and landscapes, taking us through the desert and the deep sea, showing features such as rocky massifs and rock paintings. Every Wednesday at 4:30 pm Pacific / 7:30 pm Eastern time.

Los Minondo. Independencia: A series that takes place at the time of the Independence of Mexico, which tells the parallel stories of two families whose lines stem from Manuel Minondo, a Spaniard who emigrates to New Spain, followed by the young Cayetana, with whom he forms a legitimate family. In the new world he meets Eduviges San Juan, with whom he has an illegitimate son. Every Saturday at 8:00 pm Pacific / 11:00 pm Eastern time.

Tradición Es México: An anthropological, cultural, and historical view of the evolution of the various popular, religious, festive, and ritual expressions of the peoples of Mexico. Beginning May 18, every Tuesday at 9:00 pm Pacific / 12:00 pm Eastern Time.

In addition, Canal 22 Internacional has prepared a special episode of the series MEXLA, Una Mirada De Los Mexicanos in collaboration with the Consulate General of Mexico in Los Angeles, called “¡La Comunidad Angelina Celebra El 5 De Mayo!“, which will premiere on its broadcast channel and its international distribution on Sunday, May 9 at 8:30 pm Pacific / 11:30 pm Eastern time.

Thema América is in charge of distributing and representing Channel 22 Internacional in Spanish in the United States.

About Thema America
THEMA, a Canal+ group company, is a leading distributor of thematic and multicultural content on all platforms for MVPDs (Multichannel Video Programming Distributors). It has a varied portfolio of more than 180 channels worldwide. THEMA’s portfolio includes, among others, Kanal D Drama, in association with Kanal D International; MEZZO Live HD, and Canal+’s group channel offers Mexico’s leading channels, Once Mexico and Canal 22 International, and the Dominican Republic’s Telemicro Internacional, among others.