“Words are a powerful thing and can be a barrier to women’s advancement. It’s time for action this International Women’s Day,” says Lorraine Hariton, President and CEO of Catalyst

NEW YORK, March 8, 2019 /PRNewswire-HISPANIC PR WIRE/ — Catalyst, the leading global nonprofit focused on creating workplaces that work for women, is marking International Women’s Day (IWD) by launching a bold campaign to tackle one of the biggest gender equality issues in the workplace: unconscious gender bias. The new campaign, which features women from diverse industries, aims to shine a light on the power of words used to describe women and encourage people to #BiasCorrect by paying more attention to theirs. 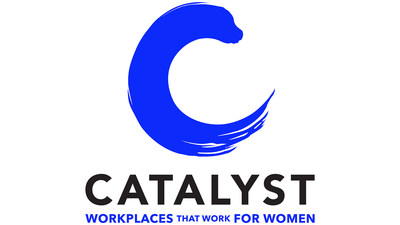 “Women and men with the same talents and skills are often described in very different ways due to unconscious gender bias, creating invisible barriers that can have an enormous impact on women’s advancement,” said Lorraine Hariton, President and CEO of Catalyst. “The good news is Catalyst’s resources provide ways people can overcome their own unconscious biases. The #BiasCorrect campaign is designed to spark conversations around the power of words, and more importantly, to inspire learning and action.”

Joanne McKinney, CEO of Burns Group, said, “We jumped at the chance to partner with Catalyst and apply creativity to the issue of unconscious gender bias. Our team was determined to create an idea that did more than just build awareness of the issue. The marriage of technology and humanity in this campaign is what makes it truly powerful.”

On this important day of the year for women’s advancement, Catalyst invites individuals and companies to check out its IWD #BiasCorrect webpage, which provides unique resources to help individuals understand unconscious bias, interrupt it, and correct it. The site includes videos, customizable social media posts for download, and information on how individuals and companies can combat unconscious bias, such as the soon-to-be released Catalyst Inclusion Accelerator, a leading-edge diagnostic tool designed to evaluate and monitor how employees are experiencing inclusion.

Among the tools offered in the campaign is the first-ever #BiasCorrect Plug-in to tag unconscious bias in real-time conversations on work-based chat platforms such as Slack. The plug-in identifies words that create harmful gender stereotypes and suggests alternative language. For instance, if a woman is described as “aggressive,” the app suggests correcting the sentiment to “assertive.” Eskalera, the company that developed the technology for the plug- in, is making the software available via open source code in an effort to spread the message and encourage change across every chat platform.

“When the Catalyst team approached Eskalera to support this initiative we could not have been more thrilled,” said Tom Chavez, CEO of Eskalera. “This development amplifies Catalyst’s important gender equity research by providing a tool that detects potentially gender-biased statements as they occur and suggests alternatives to unintentionally hurtful or demeaning language.”

“To reduce the gender gap in leadership, we must break down the invisible barriers that keep women from advancing,” added Ms. Hariton. “Inclusive leaders and managers must learn to interrupt bias to reap the benefits of a diverse workforce, including improved business performance, increased employee engagement, and greater innovation to remain competitive in the future. Let’s act now to create workplaces that work for women.”

Catalyst is a global nonprofit working with some of the world’s most powerful CEOs and leading companies to help build workplaces that work for women. Founded in 1962, Catalyst drives change with pioneering research, practical tools, and proven solutions to accelerate and advance women into leadership—because progress for women is progress for everyone.

Burns Group is a brand transformation company that bravely co-creates the future of brands, young and old. We bring bravery to established brands and experience to startups. To learn more, visit burnsgroupnyc.com

Eskalera transforms HR operations through future-forward systems delivering employee engagement, productivity, and growth. Our tools combine modern techniques from AI, data science, and evidence-based findings on implicit bias and Diversity & Inclusion (D&I). By capturing, processing, and analyzing data from easy-to-use mobile and desktop experiences, companies on Eskalera gain a real-time view of the zeitgeist of their employee base across levels and functions, leverage those insights to drive measurable business results through people, and enable their employees to grow and succeed in increasingly competitive, fast- moving markets. 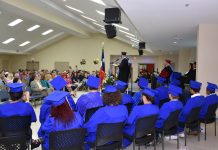 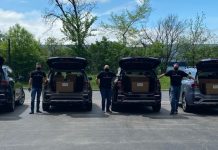