WASHINGTON, June 26, 2014 /PRNewswire-HISPANIC PR WIRE/ — The Congressional Hispanic Caucus Institute (CHCI) and its Chair Rep. Rubén Hinojosa today announced that Juliet V. García, Ph.D. will be awarded one of its highest honors—The Chair’s Medallion Award—in recognition of her accomplishments, leadership, and outstanding service to the Latino community at CHCI’s 37th Annual Awards Gala on October 2, 2014 in Washington, D.C. The event is the largest gathering of Latino leaders in the country and is part of CHCI’s Hispanic Heritage Month events.

“It has been my most sincere privilege to serve the people of South Texas, to help tell the myriad of stories that each dream for themselves and for their families, to witness their struggles against great odds to earn a degree and launch a career and to understand the vast potential of the people of this region that for too long have been denied the opportunities that come from obtaining a college degree,” said Dr. García.

“I am so pleased to recognize and celebrate Juliet García and the amazing work she has done and continues to do on behalf of Latinos and Americans in South Texas,” said Chair Hinojosa. “Her leadership has led to her being recognized as one of the ‘World’s 50 Greatest Leaders’ by Fortune magazine and her personal path and many professional successes prove that the American Dream is achievable through higher education, hard work, and most importantly by giving back to our community.”

Dr. García also has a very strong history of public service. She served as Chair of the Advisory Committee to Congress on Student Financial Assistance and on the White House Initiative on Educational Excellence for Hispanic Americans. She has served on the boards of National Campus Compact, chaired Texas Campus Compact, Robert Wood Johnson Foundation and was a member of President-Elect Obama’s Transition Team. Dr. García currently serves on the boards of Ford Foundation, Complete College America and Raise Your Hand Texas.

Early in her professional career, she was named Outstanding Alumnus by The University of Texas at Austin’s College of Communication and in 2007 as a Distinguished Alumna by The University of Texas at Austin. In her home community she has received much recognition including the naming of a middle school in her honor. The history of her leadership chronicles more than two decades of innovation that propelled the development of postsecondary education in Deep South Texas and its international border region.

She was recently named by the University of Texas Board of Regents as the founding executive director of a new University of Texas Institute of the Americas. This Institute will develop the next generation of leaders and provide a nonpartisan venue for discussing global issues. The Institute will also serve as a convening voice to help resolve issues facing the Americas and the Global South and serve as a nexus for interdisciplinary groups to come together and focus on creating core competencies in leadership on critical issues.

CHCI’s 37th Annual Awards Gala will convene the nation’s largest and most prestigious gathering of Hispanic nonpartisan, public, and private sector leaders at the Walter E. Washington Convention Center on October 2, 2014. The evening’s festivities will honor CHCI’s past, present, and future and present CHCI’s highest honors—the annual Chair’s Medallion Award and the CHCI Medallion of Excellence awardees. These awards highlight the many rich contributions made by Latinos who have not only succeeded in their individual careers, but who also serve as positive role models and empower Latino youth to believe that anything is achievable through higher education, hard work, and pursuit of the American dream. All events support CHCI’s educational attainment and leadership development programs.

Along with the Gala, CHCI’s Hispanic Heritage Month Events include its Public Policy Conference and Reyes of Comedy. Learn more at hhm.chci.org.

About CHCI
Congressional Hispanic Caucus Institute (CHCI), a nonprofit and nonpartisan 501(c) (3) organization, provides leadership development programs and educational services to students and young emerging leaders. The CHCI Board of Directors is comprised of Hispanic members of Congress, nonprofit, union, and corporate leaders. For more information call CHCI at (202) 543-1771, visit www.chci.org, or join us on Facebook, Twitter (chci), LinkedIn, and YouTube. 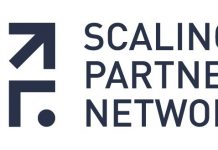