Through its new SpaceMobile network, AST will extend mobile coverage to reach segments of the world population with no connectivity option, adding more users and devices globally. The patented Low-Earth-Orbit (LEO) satellite network will be the first of its kind, with enough power to connect directly to 4G and 5G devices everywhere on the planet, in remote areas on land, at sea and up in the air.

“At Cisneros we have always been fascinated with connecting the unconnected. 25 years ago, we launched DirecTV in Latin America to broadcast news and sports events live to every remote corner in the region. Over the last decade, we have explored a number of alternative ventures, seeking to universalize mobile communications and access to the Internet. After extensive consideration, we were very impressed with Abel Avellan’s track record as an entrepreneur, the caliber of his team as AST, and the quality and unique attributes of the technology they have developed. It was a natural decision for us to subscribe to AST’s mission, it’s in our DNA,” said Adriana Cisneros, CEO of Cisneros. “With Rakuten and Vodafone’s support, our dream of connectivity for all humankind, at all times and in every corner of our planet is now just a few years away. We welcome them on board and couldn’t be prouder to count them among our partners.”

Adriana Cisneros first decided to invest in AST & Science in July 2018 to help accelerate the development and deployment of the company’s satellite technology.

Founded in 1929, Cisneros is a global conglomerate, with a focus on telecommunications, media and entertainment, digital advertising solutions, real estate and social entrepreneurship.

“As an advocate for leveraging innovative technologies for the sake of social development, we’re thrilled to be part of AST & Science’s SpaceMobile project,” added Adriana Cisneros. “This kind of initiatives have the ability to make meaningful positive impact in disadvantaged communities, while also pushing the boundaries of the telecom industry as we know it today.”

SpaceMobile will transform the US$ 1 trillion global mobile market by eliminating the coverage gaps experienced by today’s five billion mobile subscribers and bringing connectivity to those that have no other means available today.

Through SpaceMobile, AST & Science will offer 4G and 5G services to global partners without the need for any specialized hardware.

Founded by prominent space entrepreneur Abel Avellan, AST & Science is a leading satellite service provider with a broad patent portfolio of space technologies. It is currently the only company building a space-based broadband mobile network to operate with standard smartphones.

Before AST & Science, Abel started EMC and turned it into the world’s fastest-growing satellite service provider. He sold it in 2016 to focus on his next venture and cultivate a team of engineers and scientists to transform space communications technology.

“SpaceMobile is our answer to counter the still very broad connectivity gap affecting billions who remain unconnected till this day,” said Abel Avellan, chairman and CEO of AST & Science. “We’re honored to be backed by many like-minded companies who share our passion for space technology and global connectivity. Their continued support has played a critical role in this venture.”

ABOUT CISNEROS
Cisneros is a privately held company based in Miami. Cisneros has three main divisions: Cisneros Media, Cisneros Real Estate and Cisneros Interactive. Through these divisions, Cisneros owns or holds interests in more than 30 companies that serve millions of customers in over 100 countries. Through its diverse businesses and partnerships, the company delivers some of the most recognized brands and highest quality services to the 550 million Spanish- and Portuguese-speaking consumers in the Americas and Europe. For more information, visit www.cisneros.com.

ABOUT AST & SCIENCE
AST & Science is building the first, and only, broadband cellular network in space to operate directly with standard, unmodified mobile devices based on our extensive IP and patent portfolio. Our team of engineers and space scientists are on a mission to eliminate the connectivity gaps faced by today’s five billion mobile subscribers and finally bring broadband to the billions who remain unconnected. Learn more at www.ast-science.com. 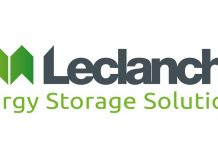 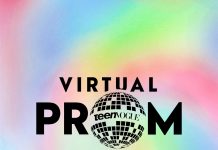