SAN FRANCISCO, Sept. 26, 2017 /PRNewswire-HISPANIC PR WIRE/ — In celebration of Hispanic Heritage Month, CNET en Español, CNET’s Spanish-language sister site, today continues its tradition of honoring the contributions of Latinos working in science and technology by publishing its annual list of the Top 20 Most Influential Latinos in Technology. In recognition of the prominent role diversity plays in the evolution of artificial intelligence and machine learning, this year’s list includes six individuals whose work has made important strides in that space at Amazon, Apple, Facebook, Pandora, Mozilla, Qualcomm, Nvidia and Nuance.

“Our list shines a light on the vision and creativity of Latinos who play an important role in the tech industry,” said Gabriel Sama, Managing Editor of CNET en Español. “This year, experts in artificial intelligence appear prominently on the list. As A.I. technology improves, we need a tremendous amount of data from diverse sources, including voices in a variety of languages and accents. In this way, our machines can learn to serve a wider cross-section of the world’s population.”

Selected by the CNET en Español editorial staff, the list is comprised of professionals in STEM or creative fields that meet the following criteria: born in Spain or Latin America, or in the U.S. of Hispanic origin; working in the U.S. or at a company with operations in the country; and those who are in senior positions and involved in the decision-making processes or play key creative roles in the technology space.

“To be part of CNET en Español’s list of the 20 Most Influential Latinos in Tech for the second time is an honor,” said Pilar Manchón, Director of Cognitive Interfaces at Amazon. “Diversity is a very important aspect at all levels, but even more so in the field of artificial intelligence. My experience tells me that the most innovative solutions and opportunities often emerge from the confluence of different perspectives, disciplines and experiences. Diversity of thought, gender, education and points of view enriches the ecosystem, allows us to widen our perspectives and helps us advance in the right direction.”

This year’s list includes the following (in alphabetical order):

About CNET
For more than 20 years, CNET has been the world’s leading tech media brand with tens of millions of people consuming its news and reviews content on multi-platforms each month. Through unmatched reporting and unparalleled reviews CNET educates, inspires and tells the real story of the way technology shapes consumers lives and the ideas behind them. CNET offers the best advice for living with technology and covers every aspect of consumer technology from personal and automotive tech to smart appliance and home technology. CNET also publishes a number of stand-alone editorial products including: Roadshow an auto-destination site that brings a fresh tech perspective to car owners, buyers and enthusiasts; CNET Magazine, a quarterly print publication; Tech Today, CNET’s app featuring the day’s top 10 tech stories of the day; and CNET en Español, CNET’s Spanish-language sister site.

About CBS Interactive
CBS Interactive, a division of CBS Corporation, is the world’s largest publisher of premium digital content and a perennial top 10 internet company. CBS Interactive’s brands span popular categories like technology, entertainment, sports, news and gaming. Properties include the websites, apps and streaming services of the CBS Television Network such as the CBS All Access subscription service, the 24/7 digital news network CBSN, and CBS Sports‘ digital brands as well as digital-first properties in key content verticals, including CNET, TVGuide.com, GameSpot, Last.fm, Metacritic and Chowhound. 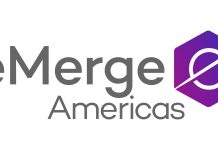 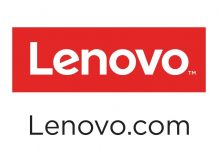