NEW YORK, Oct. 23, 2018 /PRNewswire-HISPANIC PR WIRE/ — More than 30 Colombian tourism executives along with 80 buyers from the United States and Canada will participate at the Colombian Week in North America. 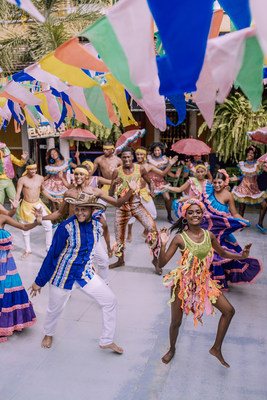 As a megadiverse country in culture and nature, and as an attractive destination for international tourism, Colombia takes over the headquarters of Condé Nast at the One World Trade Center in New York, and the Toronto Art Gallery in Canada.

It is the Week of Colombia in North America, a series of events organized by ProColombia from October 23rd  to the 25th  with the aim of showing the best of the South American country as a tourist destination.

The Ambassador of Colombia to the United States, Francisco Santos, said that “from the Colombian Embassy in Washington and with the support of ProColombia, we will continue to actively promote Colombia as a mega-diverse country in nature, culture, a leader in biodiversity and musical tourism. Colombia is a center of innovation, a point of tourist access, the home of a dynamic economy and labor force”.

More than 30 Colombian businessmen will participate in the event together with 80 buyers from the United States and Canada to set up business opportunities in holiday tourism and meetings, receive training on industry trends in various niches and learn about new developments in the sector.

Flavia Santoro, president of ProColombia, affirmed that “as the second most biodiverse country in the world, with an unparalleled cultural wealth, music that crosses borders, and an enviable geographic position, Colombia has all the potential to position itself as a tourist destination of first choice. From ProColombia we seek to promote a sustainable and attractive tourism that generates benefits for all “.

Destination of nature and culture

In 2018 it obtained the record number of 1,546 bird sightings in a day in the Global Big Day, crowned champion for the second year in a row.

In addition, Bogotá and Medellín were integrated into the Creative Cities Network of Unesco, in the music category, in the years 2012 and 2015 respectively; and recently the OAS declared cultural patrimony of the Americas to nine traditional Colombian rhythms.

Colombia is the country of the thousand rhythms, with around 1,025 grouped in 157 genres located in five regions of the Colombian territory: Caribbean, Pacific, Andean, Eastern Plains and Amazon.

Colombia, a megadiverse country in culture and nature