McGregor comes out of retirement stronger than ever, crediting a newfound focus on post-training relief & recovery

EL SEGUNDO, Calif., Jan. 19, 2021 /PRNewswire-HISPANIC PR WIRE/ — Despite announcing his retirement in early June 2020, Conor McGregor is back and in the best shape of his life.  McGregor has been training rigorously for the January 23rd main event at UFC 257 against Dustin Poirier, and the secret to his comeback, allowing him to perform at prime levels with more explosion and endurance than ever before, is a newfound focus and passion for post-training recovery. 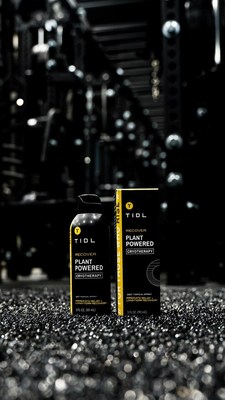 “I really started focusing on my health,” says McGregor who has previously mentioned being inspired by LeBron James and the investment in taking care of his body outside of the gym. “Everyone trains hard and eats right, but what about recovery?”

McGregor has become such a passionate advocate for his post-training regimen that he has partnered with The Anthos Group to launch a next generation sports recovery line. Tenacity, Intensity, Dedication, and Lifestyle are not only adjectives that McGregor is known for, but they serve as the brand pillars and acronym for his latest venture, TIDL Sport. The foundation of TIDL Sport is plant-based therapy combined with proven exercise science mechanisms to deliver immediate relief and long-term recovery for athletes.

The brand’s flagship product, the TIDL Sport Plant-Powered Cryotherapy Topical Spray, delivers powerful relief through cryotherapy and novel plant science, leaving athletes feeling refreshed and ready to take their training to the next level. The revolutionary topical spray has 360° spray technology for easy, full body self-application and promotes long term healing by addressing pain and inflammation directly at the source. “When we target the inflammation, we solve for the root cause of pain and soreness in athletes,” says Dr. Akash Bajaj, Pain Specialist and Medical Director at Anthos Group, “allowing them to fully recover and be ready for their next session. Dedicated athletes can benefit from recovery as a part of their daily routine.”

“When people hear recovery, they think it’s just about pain relief or sore muscles, but it’s so much more than that. I look at it as more of a preparation for my next work out as opposed to relief from the last one,” emphasized McGregor. “Using TIDL products just made my body feel revived and after meeting with the team, I knew that we could create products that really work and make recovery easier for the athlete,” McGregor said.

“We could not be more excited about partnering with Conor McGregor as we launch TIDL Sport,” said Badal Shah, Chief Executive Officer at The Anthos Group. “He is a seasoned entrepreneur that embodies world-class athleticism and has already provided tremendous input as we plan for a pipeline of next generation products for the serious athlete and fitness enthusiast.”

McGregor’s training with ‘McGregor Fast’ and nutrition management have been well documented and, according to McGregor, his self-care and recovery is only enhancing that.

“When you feel good, you train harder and you perform better. I know that I am doing the right things now to make myself feel in top shape. I eat right, I spend time taking care of myself in recovery, so there is no excuse to not push harder and harder every single day,” says McGregor.

All eyes will be on McGregor on January 23rd for the UFC 257 main event, with a potential title shot on the line. McGregor’s new and even more chiseled physique will serve as the strongest evidence of just how important and beneficial sports recovery can be.

About TIDL Sport
TIDL Sport infuses plant powered therapy with fitness and nutrition science to meet the needs of athletes to perform at the highest level.  The flagship product is a plant-powered cryotherapy topical spray that has 360° spray technology for easy, full body self-application. TIDL Sport products are available in select national retailers in the U.S., globally in over 25 countries, and on the company website: www.tidlsport.com 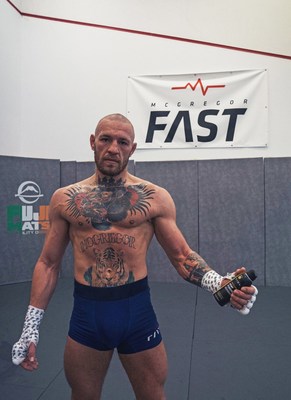