CHICAGO, Jan. 6, 2021 /PRNewswire-HISPANIC PR WIRE/ — Tom “The Iceman” Flores is a four-time pro-football champion and a trailblazing coach, but he has yet to receive his sport’s greatest honor: induction into the hall. A noted Coors Light drinker, Flores is about to get a big show of support from his favorite beer. Today, Coors Light is unveiling a new campaign that advocates for Flores’ rightful place among other football greats. The brand is honoring Flores’ barrier-breaking legacy as the first Latino player to serve as both starting quarterback and head coach, with a new video spot, a petition of support for beer drinkers to sign, and a limited-edition can with Flores’ picture alongside the iconic Coors Light mountains. To sweeten the deal, Coors Light will also give away up to 30,000 beers so fans can toast to Flores’ hopeful induction in February.*

“Although I have a good shot to be in the hall this year, it’s still nice to get a little extra support from my favorite beer. A beer that I used to distribute back in the day,” said Flores. “Self-promotion is not really my thing, but I admit that it’s flattering to see my picture on a Coors Light can.”

Today through February 6, fans ages 21+ can visit CoorsLight.com/Iceman to sign the petition of support. Coors Light has vowed to display the list of petitioners onto a mobile billboard in Canton, OH on the day of the vote. On the website, fans can also claim a Coors Light six pack in the form of a rebate.*

Additionally, fans in the Las Vegas area can use the website’s Iceman Can locator to find the commemorative 24-oz. beer, along with e-commerce options for getting the cans delivered directly to their homes. The campaign’s 30-second spot will be airing on national TV and available on the site. Check out the English-language spot here and the Spanish-language version here.

“We’re honored to put Tom on our cans, but we won’t chill until he’s carved out of bronze,” said Marcelo Pascoa, global vice president of marketing for Coors Light. “With few Latino players currently in the hall, we believe The Iceman deserves to be recognized for being an outstanding player and coach who broke barriers for other Latino athletes. We hope this platform helps Flores inspire even more people than he already has.”

In addition to the new spot, this program will be supported with a robust marketing campaign that will be deployed across paid, owned and organic media, social influencers and media relations. For more information, visit CoorsLight.com/Iceman and follow @CoorsLight on Instagram, Twitter, and Facebook.

For over two centuries Molson Coors has been brewing beverages that unite people for all of life’s moments. From Coors Light, Miller Lite, Molson Canadian, Carling, and Staropramen to Coors Banquet, Blue Moon Belgian White, Saint Archer Gold, Leinenkugel’s Summer Shandy, Creemore Springs and more, Molson Coors produces some of the most beloved and iconic beer brands ever made. While the company’s history is rooted in beer, Molson Coors offers a modern portfolio that expands beyond the beer aisle with sparkling cocktails, hard coffee, canned wine, kombucha, cider and more. 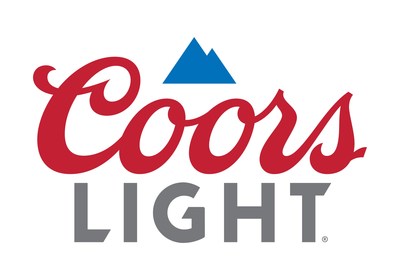