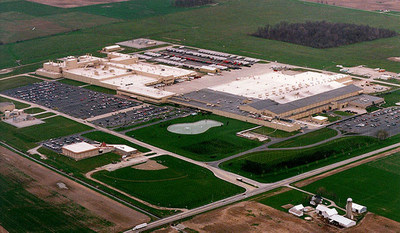 Joining this accomplished troika of Honda plants is a new certification for the Anna Engine Plant (AEP) in Anna, Ohio, which was able to reach 2018 ENERGY STAR status in the first year of EPA’s energy standards being set for engine plants.

“Earning these certifications are important since it is way to recognize Honda associates for their continued efforts to reduce energy usage at our manufacturing plants and office buildings,” said Joanna Bambeck, who leads Honda’s Green Factory efforts in North America. “This achievement also shows the progress that our plants are making towards realizing a carbon-free society and achieving our 2050 CO2 targets.”

The Marysville and East Liberty automobile plants of Honda of America Mfg. continued to find new and innovative ways to conserve energy in 2018, furthering the company’s efforts to reduce its carbon footprint. The 2.8-million square-foot East Liberty Auto Plant (ELP), which produces the Honda CR-V and the Acura RDX and MDX sport-utility vehicles, expanded its use of LED lighting, installing more than 850 new fixtures and saving more than 1.1 million kWh of electricity.

“Improving the energy efficiency of our nation’s industrial facilities is critical to protecting our environment,” said Jean Lupinacci, Chief of the ENERGY STAR Commercial & Industrial Branch. “From the plant floor to the board room, organizations are leading the way by making their facilities more efficient and earning EPA’s ENERGY STAR certification.”

The 4.3-million square-foot Marysville Auto Plant (MAP), which produces the Honda Accord, Accord Hybrid and CR-V as well as the Acura ILX and TLX, saw improvements through the inception of a five-year plan to improve energy management. The initiative started with the plant’s high-bay lighting with LED fixtures.

HMIN, which produces the Honda Insight as well as the Honda Civic and CR-V, has been ENERGY STAR certified for each of the last seven years. The plant continued on its path toward greater energy efficiency through the phased conversion to LED lighting and increasing emphasis on managing non-production energy use, along with the implementation of a compressed air leak management program.

Ohio’s AEP achieved energy savings by reducing the power needed to pressurize its compressed-air system. The plant also raised the temperature of its process water system, lessening the energy used by the plant’s chillers. AEP opened in 1985 and has the capacity to manufacture 1.18 million engines per year, ranging from the turbocharged four-cylinder engines powering models like the Honda Civic, Accord and CR-V, up to the twin-turbo V6 powerplant found in the Acura NSX supercar.

ENERGY STAR was introduced by EPA in 1992 as a voluntary, market-based partnership to reduce greenhouse gas emissions through energy efficiency. Today, the ENERGY STAR label can be found on more than 60 different kinds of products as well as new homes and commercial and industrial buildings that meet strict energy-efficiency specifications set by the EPA. Over the past twenty years, American families and businesses have saved a total of nearly $450 billion on utility bills and prevented more than 3.1 billion metric tons of greenhouse gas emissions with help from ENERGY STAR.

About Honda
Honda’s Commitment to the Environment
Based on its vision of “Blue Skies for our Children,” Honda is working to advance technologies that address society’s environmental and energy concerns. The company intends for electrified vehicles to comprise two-thirds of its global automobile sales by 2030. In North America, the Honda Electrification Initiative will see Honda’s electrified powertrain technologies applied to an expanding portfolio of cars and light trucks in the years ahead. Honda’s electrified vehicle lineup today includes the Clarity series of vehicles, featuring fuel cell, battery electric and plug-in hybrid powertrains, along with the new Accord Hybrid and Honda Insight.

Honda is working to reduce the environmental impact of its products throughout their life cycle, including reducing waste, emissions and further improving the energy efficiency of producing, distributing and selling Honda and Acura products in North America. This includes a 93 percent reduction in waste sent to landfills from Honda plants in North America.

Through its “green purchasing” and “green dealer” initiatives, the company also is working to promote more environmentally responsible business practices with its more than 650 original equipment suppliers and 1,300 retail dealer partners.

FIBRA Prologis and Artha Capital, through Frontier Industrial, Close a Sale and Purchase Agreement for a Premier Industrial Portfolio

CLOSED FOR MILLER TIME: MILLER LITE AND J BALVIN ARE COVERING YOUR BEERS* FOR NEW YEAR’S EVE AND GIVING BACK TO LATINO-OWNED BUSINESES