BOGOTA, Colombia, Sept. 6, 2018 /PRNewswire-HISPANIC PR WIRE/ — In a recent meeting in Bogota, Colombia, Dr. Dionisio Gutiérrez, Guatemalan philanthropist, sociologist, and president of the Fundación Libertad y Desarrollo, discussed important issues regarding his home country of Guatemala with Andrés Pastrana, the former President of Colombia from 1998 to 2002.   The meeting was part of an ongoing exchange of concepts and ideas by Gutiérrez with well-known political figures throughout Latin America. 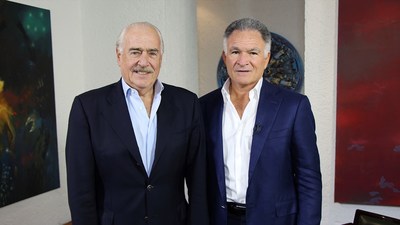 According to Gutiérrez, Pastrana explained the complex issues Colombia faced at the onset of his presidency, particularly, the incursion of drug trafficking, the wave of violence and insecurity, and the fragility of the Country’s national security.  During his presidency, Pastrana dealt with the task of regaining control of a country in danger of being overrun by political insurgent groups, such as the FARC, and the increasing production of cocaine.

Pastrana shared his experience of collaborating with the United States Government to launch and implement Plan Colombia in 2000, a military and diplomatic initiative that focused on combating insurgent groups and the widespread problem of drug trafficking in Colombia. Pastrana initiated Plan Colombia alongside, former U.S. President, Bill Clinton and secured millions of dollars in aid from international organizations to invest in counter-narcotics and improve the social welfare of Colombia. Pastrana’s efforts ultimately resulted in a significant decrease in drug related kidnappings and murders from 2002 to 2009.

After the meeting, Gutiérrez stated that “the Colombian experience should serve as an example to be emulated in Guatemala, a country currently facing similar challenges to those faced by Colombia three decades ago. The parallels between the two countries are worth noting in identifying solutions to protect democracy and maintain social order.”