MIAMI, Oct. 26, 2017 /PRNewswire-HISPANIC PR WIRE/– The long-gone Medellin Cartel has left a cursed legacy: sex tourism. Discovery en Español takes its cameras deep into Pablo Escobar’s hometown to showcase the business of the continuously expanding criminal networks and the journey of hundreds of minors as they enter a world of drugs and prostitution.  EL MERCADO DE LA INOCENCIA will premiere Sunday, November 5th at 10pm E/P as part of the “Discovery a Fondo” investigative programming block. 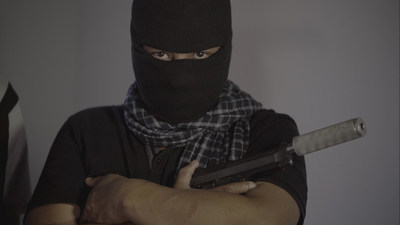 Over the last two decades, Medellin has gone from being globally known as a drug traffic and extreme violence destination to becoming a thriving cosmopolitan city. Progress and peace have resulted in an exponential increase of tourism, but have also caused unexpected collateral damage: the rise in sex tourism in this Colombian city. Many of the illegal networks run by foreigners in the United States and Europe, offer Medellin guided tours that include underage prostitutes in their packages available for online purchase.

Narrated and directed by ”Clandestino”’s journalist and researcher David Beriain, EL MERCADO DE LA INOCENCIA is a one-hour documentary that portrays criminal networks and witnesses teenagers entering Medellin’s illegal business as they start a journey that often begins by selling their virginity to the best foreign bidder.