AHAHEIM, California, Dec. 11, 2019 /PRNewswire-HISPANIC PR WIRE/ — Disneyland Resort is sure to be a top travel destination in 2020 as it unveils new attractions, a new land, a new parade and exciting guest experiences throughout the resort. Whether it’s living out Star Wars adventures aboard two attractions in Star Wars: Galaxy’s Edge, teaming up with Super Heroes at the new Avengers Campus, celebrating magical moments in the all-new “Magic Happens” parade, or indulging in a Disney-themed treat, guests will discover more ways to have fun at the Happiest Place on Earth. 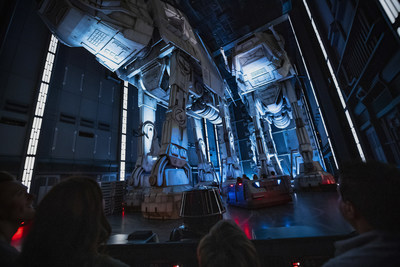 Throughout 2020, the Disneyland Resort will be the place for friends and families, little ones meeting Mickey Mouse for the first time, and experienced park-goers anticipating their next adventures. Anyone with a youthful imagination will enjoy new and classic attractions, magical entertainment, limited-time festivals, and themed food and merchandise. The year will kick off with the newest, and one of the most immersive attractions, Star Wars: Rise of the Resistance, launching in the new land of Star Wars: Galaxy’s Edge at Disneyland Park on Jan.17. Also at Disneyland, the  “Magic Happens” parade debuts on Feb. 28 with multiple floats including one inspired by the blockbuster film, “Frozen 2,” and a “Moana” sequence that includes Moana on her voyager canoe, followed by her pet pig, Pua, and legendary demigod, Maui, on his own magical island.

At Disney California Adventure Park, the highly anticipated Avengers Campus opens in 2020, inviting guests of all ages into a new land where they will sling webs on the first Disney ride-through attraction to feature Spider-Man. The immersive land also presents multiple heroic encounters with Avengers like Iron Man, Black Widow and Black Panther. Avengers Campus will also feature Pym Test Kitchen, where guests will taste supersized and supershrunk foods from Pym Technologies. Festivals return to this park in 2020 with the Lunar New Year celebration and the Disney California Adventure Food & Wine Festival in the spring.

In addition to these new must-do experiences, guests will find plenty of Disney magic at the Hotels of the Disneyland Resort, along with shopping, dining and entertainment throughout the Downtown Disney District.

To make the most of a visit to the Disneyland Resort, guests have tools at their fingertips to  save time and add value. Guests may choose to download the official Disneyland App to purchase tickets and find useful information, including attraction wait times, FastPass return times, maps, entertainment guides and other special features such as Disney MaxPass. With the purchase of Disney MaxPass, guests are able to reserve digital Disney FastPass selections from their mobile devices while in the parks, as well as download, share and save unlimited Disney PhotoPass photos from their day.*

The newest attraction inside Star Wars: Galaxy’s Edge, Star Wars: Rise of the Resistance, launches at Disneyland on Jan. 17, 2020. The attraction opened Dec. 5, 2019, at Disney’s Hollywood Studios at Walt Disney World Resort. Star Wars: Rise of the Resistance is one of the most ambitious, advanced and immersive experiences ever undertaken by Walt Disney Imagineering. The innovative attraction takes guests aboard a full-size transport shuttle before they are captured by a Star Destroyer and find themselves in the middle of a climactic battle between the dark side of the First Order and the light side of the Resistance, including BB-8 and Rey. The harrowing adventure blurs the lines between fantasy and reality on a scale never seen before in a Disney attraction.

Guests will join the Resistance and depart from Batuu in a transport ship to meet General Leia Organa at a secret rendezvous point. However, on their way to the hidden base, guests are intercepted and detained by the First Order when their ship is drawn into the hangar bay of a Star Destroyer. The action then ramps up as guests seek to escape the clutches of the dark side with Kylo Ren and the First Order.

Star Wars: Rise of the Resistance brings guests face to face with some fan favorite Star Wars characters, including Resistance heroes Rey, BB-8, Poe and Finn, as well as Kylo Ren and General Hux of the First Order.

Star Wars: Galaxy’s Edge opened at Disneyland on May 31, 2019. The epic new land made history as the largest single-land expansion ever at the Disneyland Resort, and is also the largest and most technologically advanced single-themed land expansion ever in a Disney park. Guests are transported to a galaxy far, far away in Star Wars: Galaxy’s Edge, to Black Spire Outpost on the planet Batuu, the newest location in a story that began in 1977 with the first Star Wars film. Guests become part of the story as they sample galactic food and beverages, enter an intriguing collection of merchant shops and take the controls of the most famous ship in the galaxy aboard another attraction in the land, Millennium Falcon: Smugglers Run.

The all-new “Magic Happens” parade will come to life for guests at Disneyland, beginning Feb. 28, 2020. “Magic Happens” will feature an energetic musical score and a new song, co-composed by singer-songwriter Todrick Hall. Celebrating awe-inspiring moments of magic that are at the heart of so many Disney stories, this new daytime parade will feature stunning floats, beautiful costumes, and beloved Disney characters from Walt Disney Animation Studios’  “Frozen 2” and “Moana,” plus “Coco,” “Sleeping Beauty” and more, all led by Mickey Mouse and his pals.

Traveling down Main Street, U.S.A., “Magic Happens” will remind guests they don’t need wings to fly, that shooting stars were made to wish upon, and that magic doesn’t stop at midnight. Highlights of the parade include:

In 2020, guests of all ages will team up with some favorite Super Heroes at the Avengers Campus at Disney California Adventure. The campus is set up by the Avengers to recruit the next generation of Super Heroes.

Avengers Campus will open the first Disney ride-through attraction to feature Spider-Man. Guests will enter this attraction at the Worldwide Engineering Brigade – also known as WEB.

During an open house at WEB, aspiring inventors will invite guests along for a test drive of their latest invention: the Web-Slinger vehicle. This new adventure will allow guests to sling webs just like Spider-Man, as they help Spider-Man collect Spider-Bots that have run amok across the campus.

Avengers Campus will also feature Pym Test Kitchen. Here, Ant-Man and The Wasp are using their growing and shrinking technology, Pym Particles, to create big and little foods at this eatery.

Throughout the campus, guests will find themselves face-to-face with legendary Super Heroes, in heroic encounters with Ant-Man and The Wasp, Doctor Strange, the Guardians of the Galaxy, Black Panther and his elite guards, the Dora Milaje, Thor and Iron Man.

Additionally, guests will get caught up in the middle of incredible action around the Avengers Headquarters, as Super Heroes such as Black Widow and Black Panther battle intruders and save the day.

The iconic Avengers Headquarters building will become the entrance to a new attraction at a later date.

At a glance: Even more new and limited-time magic in 2020 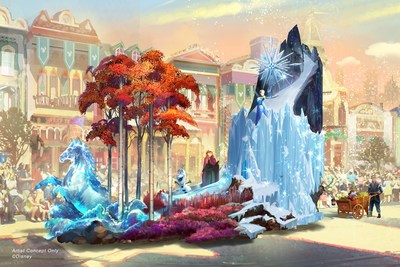 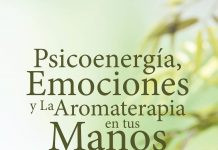 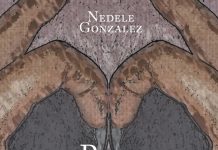 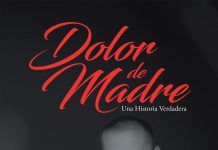 Disneyland Resort Offers More Reasons to Visit in 2020 with the Debuts of Star Wars: Rise of the Resistance, ‘Magic Happens’ Parade, Avengers Campus and More