TORRANCE, Calif., June 16, 2022 /PRNewswire-HISPANIC PR WIRE/ – Honda announced today the expansion of its role as the official automaker of Team Liquid by securing their League of Legends and Academy team’s naming sponsorship rights, a first for an automaker in the League of Legends Championship Series (LCS) in North America. The naming rights deal – as Team Liquid Honda – also heralds the evolution of Honda’s esports and gaming journey as the brand reaches out to gamers at all levels to deepen its relationship with young, first-time and multicultural buyers. 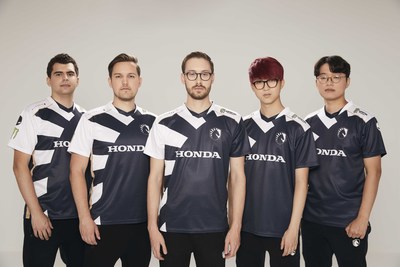 Team Liquid Honda will debut the team’s new name and its all-new jerseys at the 2022 LCS Summer Split, which begins June 17. Fans can explore and try on the new Team Liquid Honda jersey in augmented reality (AR) on Snapchat, available for pre-order now, at https://tl.gg/Honda.

Honda became the official automotive partner and official vehicle of Team Liquid in 2019, and this new multi-year contract extension adds the League of Legends team’s naming rights to the sponsorship deal among other key elements:

“Growing Honda’s relationship with Team Liquid Honda and their passionate fanbase is an important part of our evolution in gaming as we work to broaden our engagement with gamers at all levels,” said Phil Hruska, media department head at American Honda Motor Co., Inc. “We plan to build on the great relationship we have established with Team Liquid Honda by engaging more with young fans who are gamers themselves and work to deepen those relationships with the Honda brand.”

“Aligning our organization with a legacy company like Honda helps to fuel our ever-evolving fan experiences and competitive advantage in LCS and beyond,” says Steve Arhancet, Co-CEO and Co-Owner of Team Liquid. “Their passion for the esports ecosystem and shared values around inclusivity and innovation, make them a valued partner and we look forward to the expanded relationship.”

To celebrate the debut of the new Team Liquid Honda jersey, fans can show support through a new Snapchat Lens where they can virtually try on the new jersey using AR and share with their friends.

Honda Commitment to Gaming and Esports

Honda has a deep history in gaming, partnering over the past decade with some of the most storied video gaming franchises, including Forza, Guitar Hero Live and Hearthstone Team Brawl. In 2019, Honda significantly grew its gaming footprint and established a presence in esports. As Honda evolves its esports interactions to connect with a broader audience of gaming fans, the brand will continue to apply the learnings from partner and fan relationships over the past three years. Key elements of this initiative have included:

Honda has been producing automobiles in America for 40 years and currently operates 18 major manufacturing facilities in North America. In 2021, more than 95% of all Honda vehicles sold in the U.S. were made in North America, using domestic and globally sourced parts.

Team Liquid was founded in 2000 in the Netherlands and has evolved into one of the leading international multigame esports teams with training centers in Utrecht, São Paulo, Brazil and Los Angeles, California. Team Liquid has over 120 athletes competing across 19 distinct games, including all major esports titles, such as VALORANT, Rocket League, DOTA 2, League of Legends, CS:GO, Fortnite, Rainbow 6: Siege, and more. Led by Co-CEOs Steve Arhancet and Victor Goossens, Team Liquid is one of the most successful esports teams in the Western market in terms of competitive achievement and fan engagement across multiple sports. For more information, click HERE. 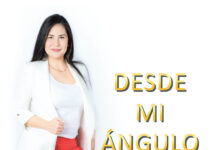 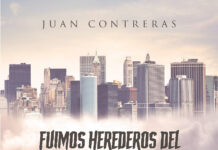 Juan Contreras’ new book “FUIMOS HEREDEROS DEL INFIERNO” is a compelling read unto the truth of life, hell, and the word of God. 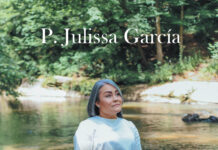 P. Julissa García’s new book “SILENCE” is a powerful read about sacrifices, letting go, and renewing oneself for a faith-driven and fully-lived life.