CHICAGO, May 9, 2022 /PRNewswire-HISPANIC PR WIRE/ — This spring, the Alzheimer’s Association® is teaming up with multi-platinum-selling global artist Luis Fonsi to raise awareness for Alzheimer’s and the significant impact it has on the Latino community. Evolving from its initial launch two years ago, Music Moments is now expanding to reach a bilingual audience with Fonsi being the first Latin artist featured in the digital storytelling series.

Luis Fonsi’s recording is a powerful rendition of his song “Girasoles” in both Spanish and English.

“I’m excited to be the first Latin artist to join the Alzheimer’s Association Music Moments campaign. ‘Girasoles’ is a special song for me because it talks about love, coming together, and being there for someone, no matter what,” said Fonsi. “I hope the song will resonate not only for those diagnosed with Alzheimer’s but also for their loved ones and caregivers who also need that love.”

An estimated 6.5 million Americans over age 65 are living with Alzheimer’s dementia. The Alzheimer’s Association 2022 Alzheimer’s Disease Facts and Figures report revealed that Hispanic people are about one and one-half times more likely to have Alzheimer’s or other dementias as the older White population and that missed or delayed diagnoses are higher among Hispanic older adults compared to White older adults.

“Music Moments highlights the emotional connection between music and the moments in life that we never want to lose. For families facing Alzheimer’s and all other dementia, these moments are all the more precious,” said Joanne Pike, president, Alzheimer’s Association. “Our partnership with Luis Fonsi helps connect the cause through music to his millions of fans and spark personal conversations with a community that is oftentimes disproportionately represented.”

For the past 23 years, Fonsi has taken the world by storm with several No. 1 songs, including his record-breaking global hit ‘Despacito,’ which earned seven Guinness World Records and is still one of the most-viewed videos in YouTube’s history. As one of the leading Latin music artists of his generation, Fonsi uses his voice for good and has received recognition for his philanthropic and humanitarian work. 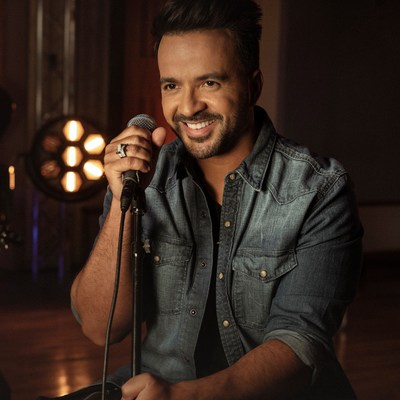 Alcoholics Anonymous: Two newly developed PSAsoffer a message of hope for people with a drinking problem