Ads encourage parents to “Never Give Up Until They Buckle Up”

“Buckling up is an important habit to instill in children at a young age.  As parents, we need to lead by example and reinforce the message to make sure it sticks,” said U.S. Transportation Secretary Anthony Foxx. “This campaign urges parents to never give up until their kids buckle up.”

A recent series of NHTSA focus groups found seat belt use can fall by the wayside when shuttling kids to and from school and activities, when running short errands, or when parents are a bit worn down by the daily grind, which makes this campaign urgently important.

Seat belts save lives and NHTSA data show that as children get older they are less likely to buckle up. Over the past 5 years, 1,552 kids between the ages of 8 and 14 died in car, SUV and van crashes – of those who died, almost half were unbelted.

The percentage of child passengers who die while riding unrestrained generally increases with age and is most pronounced among 13- and 14-year-olds regardless of seating position.

“Kids will always test the limits with their parents or caregivers, but there is no room for compromise when it comes to wearing a seat belt,” said NHTSA Administrator Dr. Mark Rosekind.  “Sounding like a broken record can save your child’s life. Kids need constant reminders and this is one that can’t be skipped.”

Tweens test the limits, because it’s how they learn and grow. The focus groups confirmed that it’s critical that they absorb the message now that the car doesn’t move until everyone in the vehicle is buckled up. After a while, it won’t be a fight; it will be second nature. And it is a lifesaving lesson that they’ll carry with them always.

A lot of kids already understand. “Everybody’s parents teach them as children; first they do it for them, then the children pick it up and do it themselves,” said a 14 year old Dallas boy.

The campaign, developed in both English and Spanish, includes television, radio, outdoor, print and digital ads.  The ads take a direct approach to parents, as one radio spot says, “You’re the driver. The one in control. Stand firm. Just wait. And move only when you hear the click that says they’re buckled in for the drive.”

The new PSAs, produced in partnership with the Ad Council and created pro bono by McCann Worldgroup, Casanova Pendrill (pro bono) and Mister Face, will be distributed to nearly 33,000 media outlets nationwide and will run entirely in donated air and space. Visit www.safercar.gov/kidsbuckleup and www.safercar.gov/chicosabrochense for tips in both English and Spanish, respectively.

Stay connected with NHTSA:
Search for open recalls with VIN look up
Download the Safercar Mobile App for Apple or Android devices,
Receive recall alerts on RSS feed or Email.
Visit us on Facebook.com/NHTSA
Follow us on Twitter.com/NHTSAgov
YouTube.com/USDOTNHTSA
SaferCar.gov 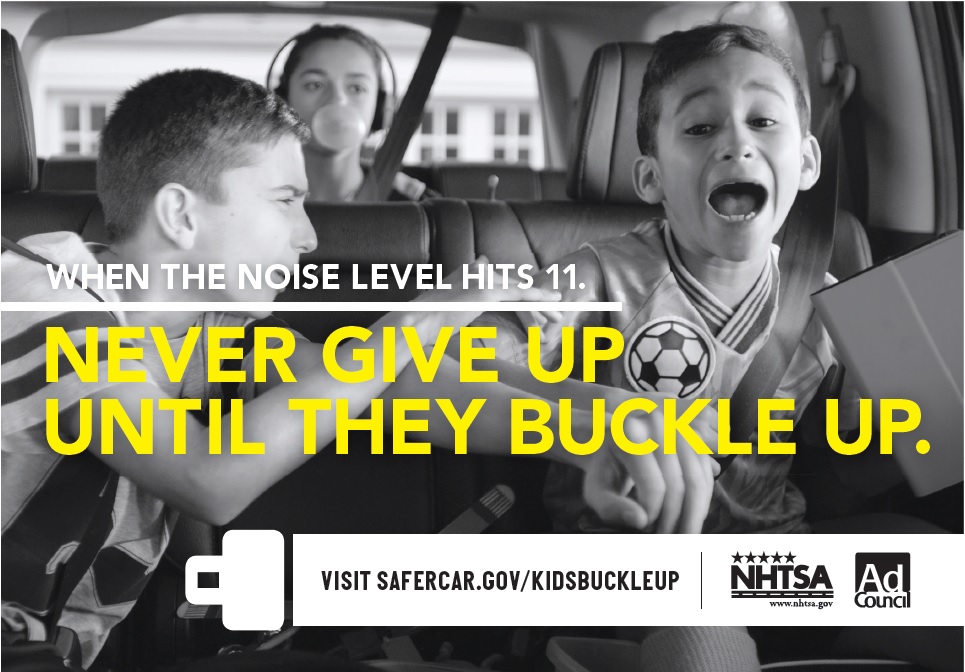 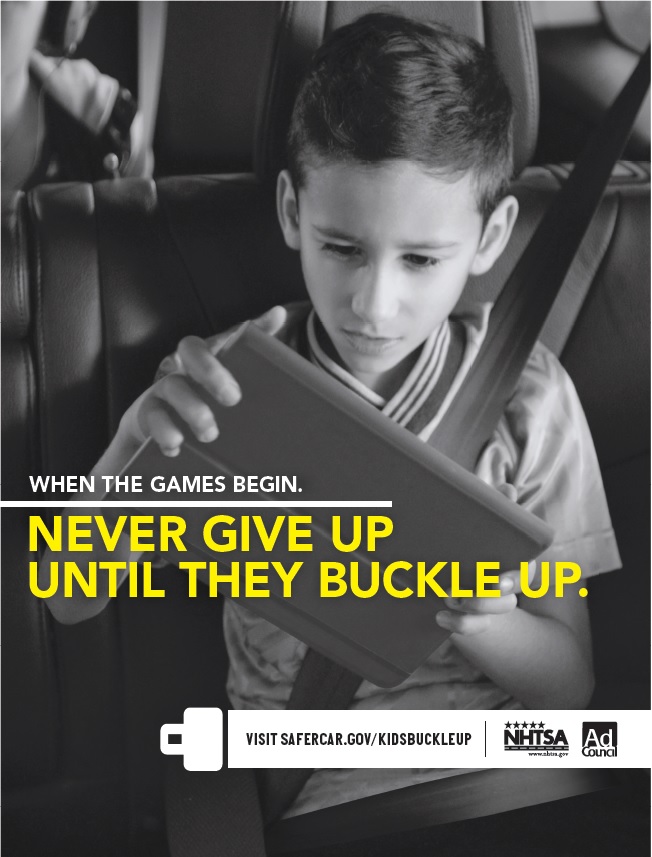 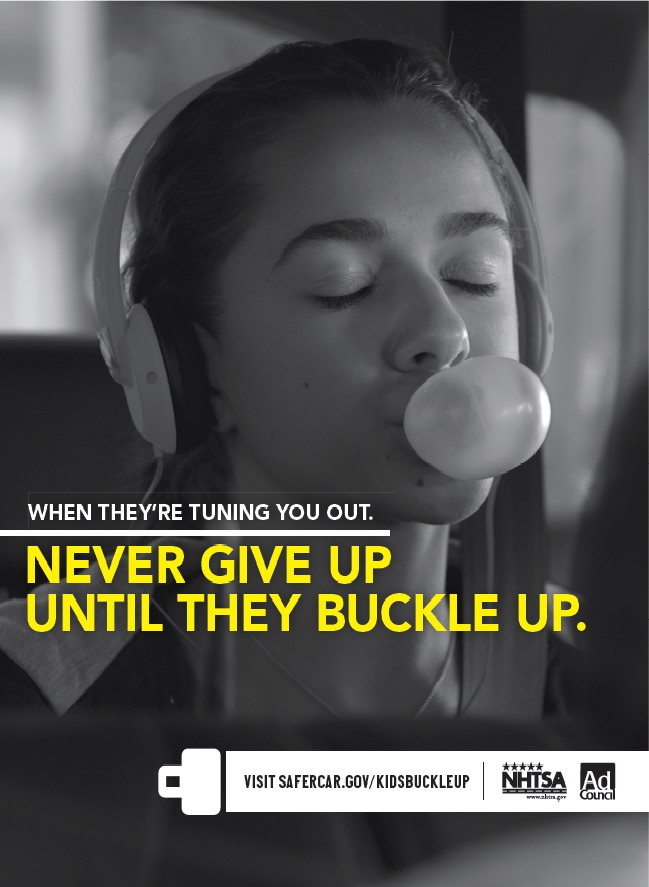