ST. ROBERT, Missouri, March 21, 2019 /PRNewswire-HISPANIC PR WIRE/ — Recent release of the play “The Daughter of the Tree”, written by Dayana Morales de Soto and published by Page Publishing, is a story that shows the struggle between the forces of good and evil to obtain the resources of the planet, it is a story splendidly narrated that takes readers to unimaginable worlds where the courage and perseverance of human beings will be put to the test. 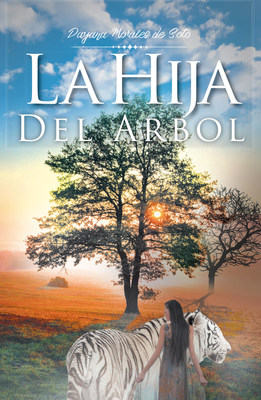 Dayana Morales de Soto was born on October 27, 1977, in Panama City, Republic of Panama. She comes from a large family, has 3 children and is married to Dennis Soto, currently residing at a military base in Missouri. She finished her secondary studies in 1995, two years ago at the University in Business Administration and two years in Law and Political Sciences, she has several Certificates and Diplomas in higher studies. She is a person who likes to learn new things and has always been very interested in writing stories, at the end of 2016, she started writing her first book, in 2017, with her book finished, she decided to try her luck and it was where she decided to publish her book: “The Tree Daughter,” which ended thanks to his two daughters, who showed interest in knowing the end of it.

The author comments: “It is an interesting book and I focused on the problems that the human being has had, still has and in what could become those same problems if we do not do anything. The story is based on a story full of fantasy and science fiction, but that speaks of what man can do by power, hatred and discrimination; what it is capable of destroying. There has always been evil and good, and we decide which side we are on. In the story, we talk about Milagros and the tree of life, inside the tree there was a wonderful world and therefore the girl had unimaginable powers, although there was a group of men who went from town to town destroying everything, and in that they kill many people, including the girl’s parents. Being protected by the Tree until her adolescence, she decides to avenge her people; but, just as there is the tree of good, there is also that of evil. The evil gave power to that man, leader of the group, these became demons and the battle between the two began, earning good for that occasion. The story takes a turn and goes to the year 3015, where we can identify more with the current problems. The end of the discriminated class seems to come to an end, but hope re-incarnates in Genesis, who in reality is still Milagros, ready to fight and overcome evil. This occasion is very intense and we see again a world full of fantasy and science fiction, it makes us imagine a very different world. We can identify ourselves in certain situations and we can imagine how our current world might look, but once again good dominates evil. “

It is a beautiful story, full of fantasy, but at the same time shows many social situations that we live as individuals; hate, arrogance, discrimination, the distance we have created among our friends, families and all this by technology, which they use to dominate the human being and obtain more power.

Published by Page Publishing, based in New York City, the work of Dayana Morales de Soto, “The Daughter of the Tree”, is a story based on hope and the power to defeat evil, but full of fantasy and science fiction.

For readers who wish to live a magical and splendid experience, they can do so, through reading this wonderful novel, and can purchase “The Tree Daughter”, at any book store, or at Apple’s online stores iTunes, Amazon, Google Play or Barnes and Noble.

The new book by Dayana Morales de Soto, “The Daughter of the Tree”, addresses the struggle for the resources of the planet and the struggle between good and evil over the years.