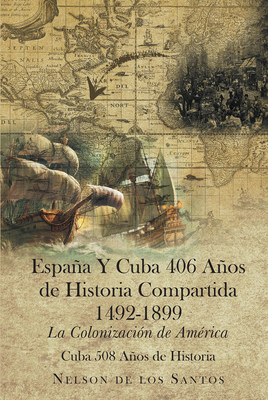 Nelson de los Santos, an excellent writer and husband with a MBA and worked for a security company, has completed his new book “España Y Cuba 406 Años de Historia Compartida 1492-1899”: a brilliant retelling of a fight for Cuban freedom. It chronicles the events that led to the colonization of territories and these countries’ battles for independence.

De Los Santos shares, “The book details the events prior to the departure of Christopher Columbus from Palos de Moguer, on August 3, 1492, towards the Canary Islands, from where he departed on September 6, discovering San Salvador on October 12 and other islands of the Bahamas, reaching Cuba on the 27th and to another island that they called Spanish, on November 12th, where they left a fort, returning to Spain on January 4th, where they arrived on March 15th, believing that they had visited the coasts of Asia, Columbus made three more voyages discovering the Antilles, Central and South America, but the information on these lands did not correspond to the coasts of Asia, until in 1507 writings by Américo Vespucio were published that described them as a New World with the name of America.

Spain organizes an empire to colonize those territories and France and England establish colonies in North America. The territories became countries that, in the 19th century, began to fight for their independence, Cuba being the last in 1899″.

Published by Page Publishing, Nelson de los Santos’ book is an eye-opening historical reference that tackles Spain and Cuba’s history. It follows Columbus’ voyages and how the 19th century changed the games for the rest of history.

Page Publishing is a traditional, full-service publishing house that handles all the intricacies involved in publishing its authors’ books, including distribution in the world’s largest retail outlets and royalty generation. Page Publishing knows that authors need to be free to create, not mired in logistics like eBook conversion, establishing wholesale accounts, insurance, shipping, taxes, and so on. Page’s accomplished writers and publishing professionals allow authors to leave behind these complex and time-consuming issues and focus on their passion: writing and creating. Learn more at www.pagepublishing.com.