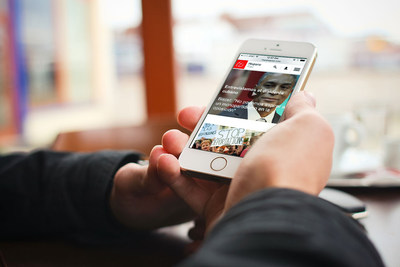 The Horacio Aguirre Award for the Defense of Press Freedom is presented every year in three categories. The nominations and award is determined in November by the Council and Board of the IID, Presided by the Writer and Intellectual Carlos Alberto Montaner.

The jurors recognized how the new digital news platform headed by Aguilera responds to the needs of a growing segment of the public which seeks information and news with a combination of technology, video and quality. In this regard Carlos Alberto Montaner said that “Manuel Aguilera is an exceptional journalist. He has demonstrated that throughout his professional life. He has a clear sense of what constitutes news and the instinct to give the news its exact dimension. This is an absolutely well-deserved recognition tom the IID.”

“We are very proud to see how the HispanoPost team is recognized by our contribution to XXI Century Journalism, especially now that some Latin American governments are trying to put barriers to the work of journalists. We are pleased that our form of journalism has contributed to the defense of freedom of expression,” said Manuel Aguilera, HispanoPost´s CEO.

With an international network of journalists generating quality content, the editorial offer from hispanoPost.com  provides more stories, reporting and original documentaries that any other media platform in Spanish, with amazing exclusives and quality content, covering politics, economic news, society or sports with particular emphasis on the United States, Latin America and Spain.

HispanoPost is the first media platform in Spanish which addresses the current demand for original, high quality digital video content, with rigorous and trustworthy investigative journalism, featuring stories from all over the world the attract and captivate the new news consumers.

Launched on December 2015, with a network that covers the Unitec States, Latin America, Europe and the Middle East, in a matter of months HispanoPost has positioned itself as a global media force, with the first ever online  information platform that features video captured via handheld mini-cameras and mobile phones; an international network of video content providers and technological solutions for TV Stations, digital media and brand outlets; with a TV production suite, documentaries and feature-length productions as well as an in-house advertising agency, talent development and high end publicity events.