To view the multimedia assets associated with this release, please click http://www.multivu.com/players/English/7231531-honda-stage-music-news/

“The interaction with the crowds at theses shows has been amazing. Arizona and Dallas were great and we can’t wait to see what is ahead. We know that fans around the world have come to love our music because of our innovative sound and we are grateful to have the opportunity to bring our music to cities all over the U.S. on the Honda Civic Tour,” said DJ Otto.

3BallMTY’s brand new single, “De Las 12 A Las 12” (“From 12 to 12”) is the latest track from their most recent album, Globall, which showcases an incredible list of collaborations with artists including Becky G, Far East Movement, The Cumbia Girls and Belinda.  The new song, along with a set list of international hit singles that have led the trio to revolutionize Latin music and distinguish their unique sound, including “Intentalo” (“Try It”) and “La Noche Es Tuya” (“The Night Is Yours”), will be crowd favorites during the Honda Civic Tour.

In staying true to annual tradition, all of this year’s Honda Civic Tour headliners have created their own customized Honda Civic vehicles, each showcasing the individual band’s style. Offering a nod to the fashion styles of dance music in Mexico, 3BallMTY‘s design showcases swoop imagery and utilizes diamonds to signify the deep roots of cultural music transformed to modern, electronic sounds.

Fans still have an opportunity to enter to win the 3BallMTY custom-designed and autographed Honda Civic Coupe EX-L, as well as a 2015 Honda CBR300R motorcycle with 3BallMTY’s signature design. During the 2014 Honda Civic Tour Sweepstakes, grand prizes have included custom-designed and autographed Honda Civic Coupe EX-Ls from each of the headlining artists. First prizes have included a customized 2014 Honda Ruckus scooter co-designed by Grouplove and Portugal. The Man and a customized 2014 Honda Grom motorcycle with a custom design from American Authors. Second prizes included three amazing flyaway trips to join the Honda Civic Tour at designated stops, including Honda Civic Tour featuring Grouplove and Portugal. The Man at Rumsey Field (Central Park) in New York City, American Authors at Paradise Rock Club in Boston and 3BallMTY at The Regent in Los Angeles. Each trip included flights and hotel for a 3-day, 2-night stay for the winner and a guest, along with premiere tickets for the show. Fans can visit http://Honda.us/CivicTourSweepsRules for online entry, additional eligibility restrictions, prize descriptions and full official rules.

Now in its 13th year, Honda Civic Tour is not one, but three successive tours in 2014, highlighting three distinct genres of music, that also serve as a significant pillar of the new Honda Stage music platform. Alternative rock bands Grouplove and Portugal. The Man co-headlined the first 2014 Honda Civic Tour this summer with Tokyo Police Club and Typhoon supporting on various dates. Brooklyn-based pop rock band American Authors headlined the second leg with support from The Mowgli’s, Echosmith and Oh Honey, with U.S. dates wrapping in early November.

About 3BallMTY
3BallMTY (pronounced: Tribal Monterrey) is Erick Rincon, DJ Otto, and Sheeqo Beat – they are a cultural phenomenon and an award-winning electronic Latin music group from Monterrey, Mexico that received the Best New Artist award at the Latin Grammys. These young artists specialize in electronic mixes that combine cumbia and tropical music with pre-Hispanic influenced musical textures. As one of the most important and authentic representatives of “La Generacion Tribal” or “tribal generation,” 3BallMTY has broken cultural, generational and language barriers. Their first album Intentalo reached great success within a year of its release by going Gold in Mexico and Platinum in the U.S. and Central America. The group is critically acclaimed by Rolling Stone, Billboard Magazine and the New York Times. In 2012, iTunes selected them for “Best Latin Breakthrough Album.” The group has won numerous other awards since and is a force of young talent heading into the music mainstream across the U.S. with their newest release, Globall.   http://www.3ballmty.com.mx

About Honda Civic:
One of the best-selling compact cars in the United States, the Civic features a lineup of six distinct models: the conventional gasoline-powered Civic Sedan and Civic Coupe, two high-performance Civic Si models, the gasoline-electric Civic Hybrid, the Civic Natural Gas and Civic HF high fuel economy model. The Civic lineup embodies the Honda brand values of ‘clean, safe and fun’ with the Civic HF achieving an EPA- estimated fuel economy rating of 41 mpg on the highway. The Civic Hybrid’s EPA- estimated fuel economy rating is 44/47/45 city/highway/combined. The Civic Sedan has earned top safety ratings from NHTSA and was the first small car to earn a ‘TOP SAFETY PICK+’ designation from IIHS. Now in its ninth generation, the Civic remains one of the most fun-to-drive compact cars on the road today. The Civic Sedan starts at a suggested retail price (MSRP) of $18,390 and is available at Honda dealerships nationwide. For high-resolution photos, broadcast quality video and media information of the entire 2014 Civic lineup, please visit http://www.hondanews.com.

About Honda Stage:
Building on its deep foundation in bringing music to fans, American Honda has brought together an unprecedented group of entertainment and technology leaders to produce and distribute some of the best original, high-quality music content available under the new Honda Stage name, through dozens of live events and exclusive online content. Honda Stage will offer music fans access to custom live and online music programming and performances, behind the scenes content, artist interviews and more at http://www.YouTube.com/HondaStage. With the launch of this channel, Honda becomes a major music curator, as YouTube is the largest distributor of music content and the number one environment for music viewing.

About Honda:
Honda offers a unique lineup of cars and trucks through a network of more than 1,000 dealerships in the United States. In 2014, Honda celebrated it’s 20 millionth vehicle produced in the U.S., using domestic and globally sourced parts. Honda currently operates 16 major manufacturing facilities in North America, producing a wide range of automobiles, all-terrain vehicles, power equipment products, engines and transmissions, and the HondaJet light jet.

For more information, go to http://www.HondaCivicTour.com visit Honda Stage on YouTube at http://www.YouTube.com/HondaStage.

Check back for more Honda Stage Press announcements throughout 2014 at: http://honda.us/1kYuYVN 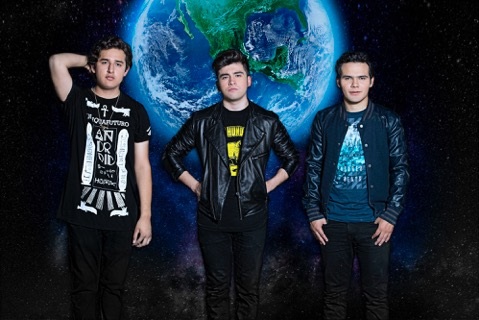 To view the multimedia assets associated with this release, please click http://www.multivu.com/players/English/7231531-honda-stage-music-news/