ROCKVILLE, Maryland, May 1, 2019 /PRNewswire-HISPANIC PR WIRE/ — One quarter of U.S. parents of children ages 0–8 have had concerns about their child’s ability to communicate, according to poll results released today by the American Speech-Language-Hearing Association (ASHA) for national Better Hearing & Speech Month. At the same time, parents who were polled overwhelmingly agree that speech, language, and hearing developmental milestones are among the most important in life.

Commissioned by ASHA and conducted this spring by YouGov, this nationally representative poll of more than 1,100 parents revealed perceptions of communication and communication disorders among the most populous racial and ethnic groups—White, Black or African American, and Hispanic households. Most common among parents were concerns about speech development, followed by language concerns and then hearing-related worries.

Besides parents’ concerns about their children’s ability to communicate, the poll revealed the actions that parents took. Seventy-three percent of all parents who had concerns sought treatment, with 8 in 10 of those reporting that they perceived “a great deal” or “a good amount” of improvement after treatment. Speech-language pathologists headed the list of professionals that parents sought help from for their children’s speech and language issues; for hearing problems, pediatricians were the most commonly consulted, followed closely by audiologists.

The poll is the latest activity of ASHA’s Identify the Signs campaign, which educates the public about the warning signs of communication disorders. It marks the first time the campaign has done such comprehensive polling among the general population of parents, including a view into racial and ethnic minority groups. This coincides with the 50th anniversary year of ASHA’s Office of Multicultural Affairs, a landmark development in the organization’s long history of leadership in the realm of diversity.

“While it is encouraging that parents across the board reported that they often seek help from our professionals and see their children’s communication health improve significantly with treatment, the polling also found that more than one quarter of parents with concerns hadn’t sought treatment. This is far too many when it comes to communication health, something parents themselves strongly agreed is important to their children’s well-being. Since communication disorders are highly treatable, this is an especially unfortunate missed opportunity for those children.”

According to the poll results, the top reasons parents gave for not seeking treatment were uncertainty about where to get treatment; pediatricians telling them that their children would grow out of the problem; a child’s school or teacher saying there wasn’t a problem; parents thinking that the concern didn’t seem like a big deal; and parents not knowing where to start or who to contact.

In addition, whether parents had concerns or not, the polling suggests that too many families are in the dark about communication disorders and are not doing all that they can to foster the development of their children’s communication skills.

In terms of fostering the development of communication skills, 9 in 10 respondents correctly identified activities that have a positive impact on communication skills, such as talking/having verbal interactions with others and being read to by family members. However, in practice, only 46% said that their children are read to 5–7 days a week.

According to ASHA President Robertson, “It is incumbent on us to keep spreading the word to as many communities as we can—to build the information and education flow about ways to foster a child’s communication development, as well as be informed about the signs of communication disorders and the availability of effective treatment.

“Our polling also showed that some parents may not fully trust their own instincts—less than half (42%) strongly agreed that they know their child and their child’s needs the best. I would encourage them to trust themselves more and get professional help right away if they sense something is wrong. Early intervention is absolutely key.”

For more information about the signs of communication disorders and related topics, visit http://IdentifytheSigns.org. 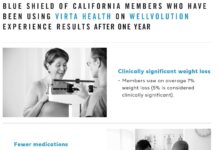 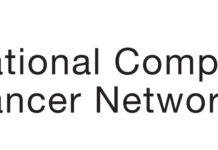 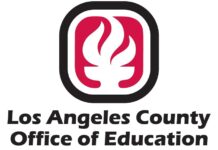 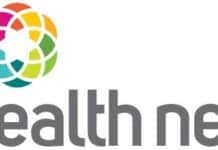 Poll: One In Four Parents Concerned About Their Child’s Ability to Communicate