BROOKLYN, N.Y. , June 12, 2017 /PRNewswire-HISPANIC PR WIRE/ — HITN, the leading Spanish-language network that offers educational and entertainment content to more than 44 million households across the United States, announced the launch of ‘Tu Planeta,’ a new programming block designed to encourage species conservation and respect for the environment among young Hispanic audiences.

“HITN is always looking for ways to improve quality of life for the Hispanic population by offering content and information that make a difference,” remarked Guillermo Sierra, Head of Television and Digital Services at HITN.  “An important part of this effort is promoting environmental awareness and conservation, especially among new generations.  ‘Tu Planeta’ is aligned with and perfectly complements the content strategy we introduced recently with our health and lifestyle block, ‘Vida y Salud Televisión.'”

“The new programming block showcases high-quality productions about the natural world and environmental issues,” added Erika Vogt Lowell, HITN’s Director of Programming and Acquisitions. “‘Tu Planeta’ features acquisitions from the world’s top distributors as well as our own productions, designed to be enjoyed by the entire family and targeting different age groups.  Our digital apps support this new content, and we will soon be announcing initiatives to enable more active audience participation in these important issues.”

The hosts of ‘Tu Planeta,’ Ana Osorio and Mariela Irala – both of whom have extensive experience in US Hispanic television – will present the new programming, along with relevant information, updates and fun facts about the natural world.

ABOUT ANA DANIELA OSORIO
Ana Daniela Osorio is a Venezuelan-American actress and singer with a background in US Hispanic television.  She made her debut on Telemundo International in the hit telenovela ‘Santa Diabla‘ in 2013.  Since then, she has appeared in ‘Demente Criminal‘ on UniMás as well as ‘Dueños Del Paraíso‘ and ‘Eva La Trailera‘ on Telemundo.   In 2016, she was a finalist and the only Latina in a CBS talent competition.

ABOUT MARIELA IRALA
Mariela Irala was born in Buenos Aires, Argentina and grew up in Miami, Florida, where she moved at the age of seven.  She began her artistic career in the Disney Argentina series Jake and Blake, followed by the comedy ‘Enséñame a Vivir‘ on Pol-ka.  In 2011 she joined Yahoo Latam as the host of an entertainment show, giving her the opportunity to interview celebrities such as Matt Damon, Will Ferrell, Mauricio Ojeda and Cameron Diaz.  She has also contributed to Batanga and Homosapiens TV. 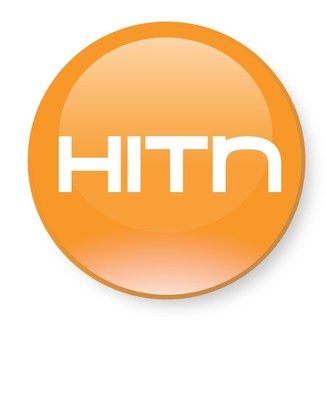