COLUMBUS, Ohio, April 16, 2018 /PRNewswire-HISPANIC PR WIRE/ — White Castle, America’s first hamburger fast-food chain, has announced a special new partnership with Puerto Rican singer and songwriter, Gilmarie. The artist’s new song, Make a Bold Move, was co-commissioned by White Castle and is featured in the chain’s new Hispanic national advertising campaign, and downloads of the song will directly benefit her dream of attending Berklee College of Music in the fall of 2018. 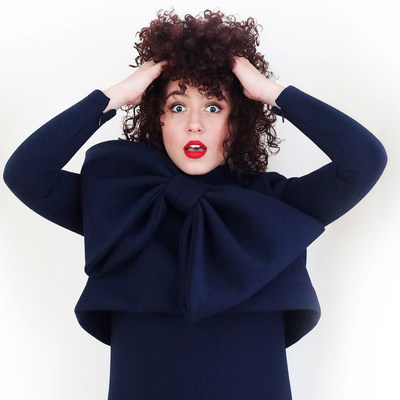 Make A Bold Move, which was released on International Women’s Day, is dedicated to the empowerment of young Cravers and encourages them to be bold to keep working to achieve their dreams. The song is currently available on iTunes, Amazon, Spotify, Pandora and YouTube, and proceeds from the downloads will help Gilmarie afford travel and living expenses as she follows her own dream of moving to Boston to begin her music studies at Berklee College of Music. The song was commissioned by White Castle, agency Co. Jones and music producers Mixto Music.

“I’m more than grateful for the opportunity White Castle has given me. My dad grew up blocks away from White Castle in New York, so everything that’s happening is of great significance to me and my family. It gives me the motivation to keep working hard to achieve my dreams,” said Gilmarie. “During the process of writing the song after hurricane Maria, I knew I was reminding myself that I had dreams to follow, and if I worked hard enough, they were going to come true. I then realized that there are many other young people out there with their own dreams, and this song could help to inspire them.”

Gilmarie’s dream of pursuing a music career began at an early age. At five years old, she was enrolled in singing lessons by her parents, and at 13 she wrote her first full song. As a result of her talent and dedication, she was awarded a scholarship from the Berklee College of Music in 2017, becoming the first vocalist from Arecibo, Puerto Rico to do so. Unfortunately, however, her dream began to fade due to the devastation caused by Hurricane Maria, which has presented challenges for her to find work to raise money for college expenses.

“When we listened to her voice and then heard her story, we just knew we had to support her incredible talent and motivation through this opportunity,” said White Castle Chief Marketing Officer Kim Bartley. “This friendship adds to other relationships we’ve built with artistic fans of White Castle, including Telfar Clemens, the recent award-winning fashion designer behind our team uniforms. We’re extremely proud to feature Gilmarie in our new ads. Her debut appearance at our leadership conference was just the beginning.”

White Castle’s new Hispanic advertising campaign will be comprised of many versions of television and radio commercials advertising discount combos including 10 Cheese Sliders for $7.99 and a three Cheese Slider combo for $4.99, and the return of Ghost Pepper Cheese for a limited time. After experiencing her glowing personality, the team decided to feature Gilmarie and her family in the commercials, which were filmed in the Bronx, NY, in the same neighborhood where her parents grew up. The television commercial featuring Gilmarie and her family can be viewed on White Castle’s YouTube channel.

Fans can learn more about Gilmarie’s story by viewing her YouTube channel or Instagram. To download Make A Bold Move in support of Gilmarie’s journey to Berklee, visit iTunes, Amazon and Spotify.

About White Castle®
White Castle, America’s first fast-food hamburger chain based in Columbus, Ohio, has been making Bold Moves™ as a family-owned business for more than 97 years. The company was founded in Wichita, Kansas, in 1921, serving The Original Slider®, made from 100 percent USDA inspected beef. Today White Castle owns and operates nearly 400 restaurants in 13 states. The pioneering original slider, Time Magazine’s most influential burger of all time, is served alongside a menu of creatively crafted sliders and other tasty food options. White Castle’s commitment to maintaining the highest quality products extends to the company owning and operating its own meat processing plants and bakeries as well as three frozen food processing plants. The retail division markets White Castle’s famous fare in grocery, club stores, convenience stores, vending operations and concessions across the United States and in a growing number of international locations, including military base exchanges around the world.

Cravers on-the-go can access sweet deals and place a pick-up order any time in the official White Castle app. Download the app today from the iTunes App Store or Google Play. For more information on White Castle visit whitecastle.com.