NEW YORK, June 6, 2018 /PRNewswire-HISPANIC PR WIRE/ — Estrella Jalisco, the Official Beer of the Mexican National Team (MNT), announced today a unifying campaign to bring together all soccer fans on the continent. The campaign, centered around the North American Adopted Football Team Agreement, encourages soccer fans in North America to unite and root for the only North American team at the 2018 FIFA World Cup™ – the MNT. 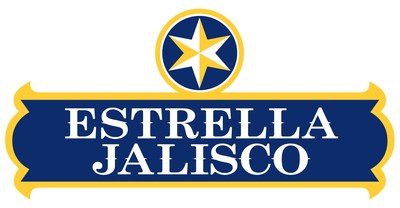 To mark the official launch, Estrella Jalisco has enlisted the support of legends – U.S.’ Alexi Lalas, Luis Hernandez of Mexico and Canada’s Dwayne de Rosario — who are rallying their compatriots to pledge support to the MNT. Together they will sign the North American Adopted Football Team Agreement, which celebrates what unites the continent and pledges soccer loyalty to Mexico for the 30 days of the FIFA World Cup™ tournament, beginning June 14.

Estrella Jalisco launched a campaign earlier this year rooted in pride for the Mexican National Team called “Vamos Por La Estrella,” meaning ‘let’s go for the star.’ The brand has been supporting the MNT as they play to become the champion of the FIFA World Cup™ and look to earn the star on their jersey by winning the tournament. The inspiration for the campaign is not just to support the team, but also to unite all soccer fans in their passion.

“There’s a reason why ‘Mi Casa es su Casa’ is a well-known phrase. Mexicans are known for their warmth and hospitality and Estrella Jalisco wants to extend an invitation to non-Mexican team fans on our continent and join in on the 2018 FIFA World Cup™ fun even if their team isn’t playing,” said Lara Krug, Vice-President of Estrella Jalisco and Regional Brands for Anheuser-Busch. “It’s not easy to support a team that you don’t normally root for but we think when it comes to bringing people together, beer can do the impossible.”

Beer Brings Fans Together
Representatives at the signing ceremony in Los Angeles are hoping that Estrella Jalisco’s ask, along with Mexico’s proximity and status as a neighbor will give U.S. and Canada fans the push they need to stand together with Mexican fans, famous for their pride and zeal.

Estrella Jalisco is the Official Beer Sponsor of the Mexican National Team (MNT) in the U.S. The 2018 FIFA World Cup™ will take place this summer from June 14 to July 15 across 12 venues in 11 cities across Russia. Among the thirty-two qualifying teams are Mexico, Argentina, Spain, Brazil and Germany, the latter of which the MNT will face in the Group Stage.

About Estrella Jalisco
Estrella Jalisco is a smooth, refreshing, light beer from Mexico with more than 100 years of brewing tradition. Brewed in Jalisco, Mexico the birthplace of tequila, Estrella Jalisco contains 4.5 percent alcohol by volume (ABV). The brand launched in the U.S. in 2016 and is quickly becoming a favorite among cerveza aficionados. 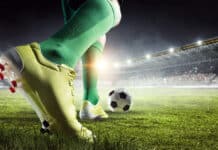